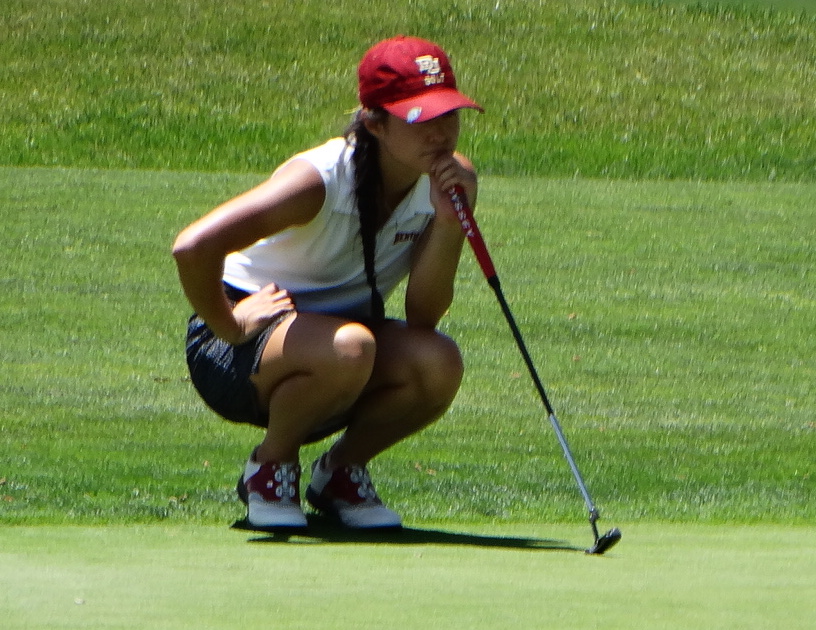 The top four seeds won two matches each on Tuesday to advance to the championship flight semifinals of the 104th CGA Women’s Match Play at The Club at Ravenna in Littleton.

But in the senior championship bracket, two Colorado Golf Hall of Famers fell in Tuesday’s quarterfinals — four-time champion Kim Eaton and Christie Austin of Cherry Hills Country Club. Still, the first and second seeds made it to the final four there.

While the first through fourth seeds advanced to the semis in the championship flight, the top two won by narrow 1-up margins in the quarterfinals. Top-seeded Erin Sargent of Twin Peaks Golf Course, a recent U.S. Women’s Amateur qualifier,  edged University of Colorado golfer Kelsey Webster. And 2019 CGA Women’s Stroke Play champion Mary Weinstein (pictured) of the University of Denver Golf Club at Highlands Ranch prevailed 1-up over Anna Kennedy of Colorado Golf Club.

In the senior championship, Marilyn Hardy of Dos Rios Golf Club defeated Eaton 1 up in a battle of two former quarterfinalists in the U.S. Senior Women’s Amateur. Also advancing were top-seeded Kristine Franklin of Colorado National Golf Club, the 2018 CGA Senior Women’s Player of the Year, and defending champion Tiffany Maurycy of Cherry Creek Country Club, both of whom scored lopsided victories on Tuesday. And Patty Smogor of Blackstone/Black Bear defeated Austin 2 and 1.

In Wednesday’s senior semis, it will be Franklin vs. Hardy and Maurycy against Smogor.

For all the Match Play brackets — championship, senior championship and the four other flights — CLICK HERE.

The finals in all the flights will be held on Thursday, with the open championship being a scheduled 36-hole affair.