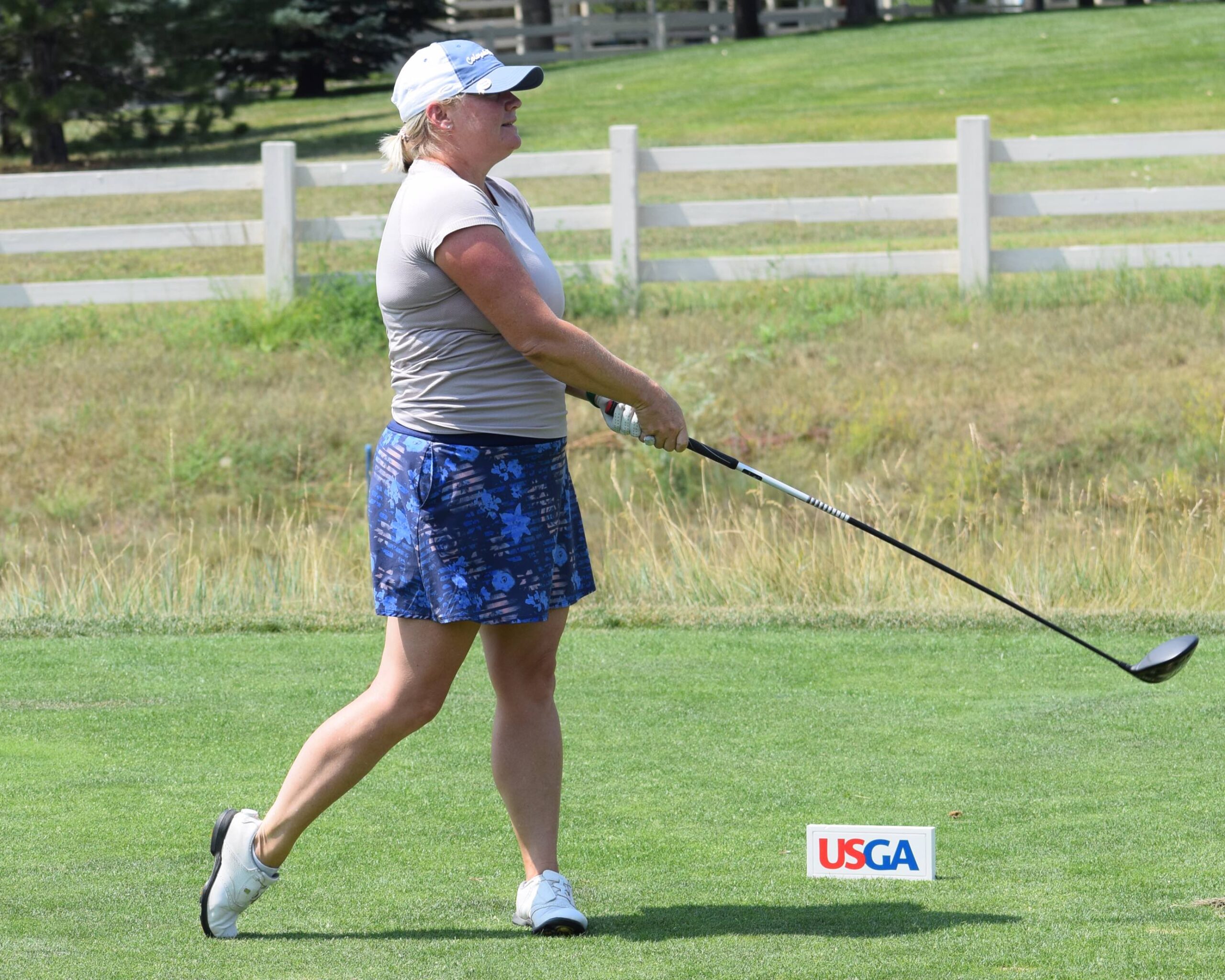 Coloradan Erin Houtsma has made match play both times she's competed in the U.S. Women's Mid-Amateur.

Denver’s Erin Houtsma falls at U.S. Women’s Mid-Am after being 1 up through 16 holes

It was a little deja vu — not in a good way — for Erin Houtsma of Denver at the U.S. Women’s Mid-Amateur Championship.

Two years ago, the former University of Colorado golfer saw her run end in the championship as she lost the final two holes of a match after being 1 up going into the 18th hole.

Then on Monday, after being 1 up through 16 holes, Houtsma lost the last two holes — and the match.

This time, it happened in the round of 64 of match play in Bluffton, S.C. (as opposed to 2019, when it occurred in the round of 16). But in both cases, after seemingly being on the verge of victory and advancing, Houtsma was ousted two holes later.

On Monday, Houtsma trailed after only one hole (No. 14) prior to losing. Neither the 2005 Colorado Women’s Open champion nor Canadian Andrea Kosa led more than 1 up at any point, and the advantage changed hands three times on the back nine.

Down the stretch, after Kosa won No. 14 with a par to go 1 up, Houtsma won the next two holes with pars to take the lead on No. 16. But Kosa birdied No. 17 to tie the match, then advanced when she won No. 18 with a par to Houtsma’s bogey.

Despite the loss, Houtsma has now made it to the 64-player match play portion of the U.S. Women’s Mid-Am both times she’s competed in the event, which is limited to golfers 25 and older. This time around, Houtsma tied for eighth place out of the 132-golfer field in the stroke-play portion of the championship.

For all the results from the U.S. Women’s Mid-Am, CLICK HERE.