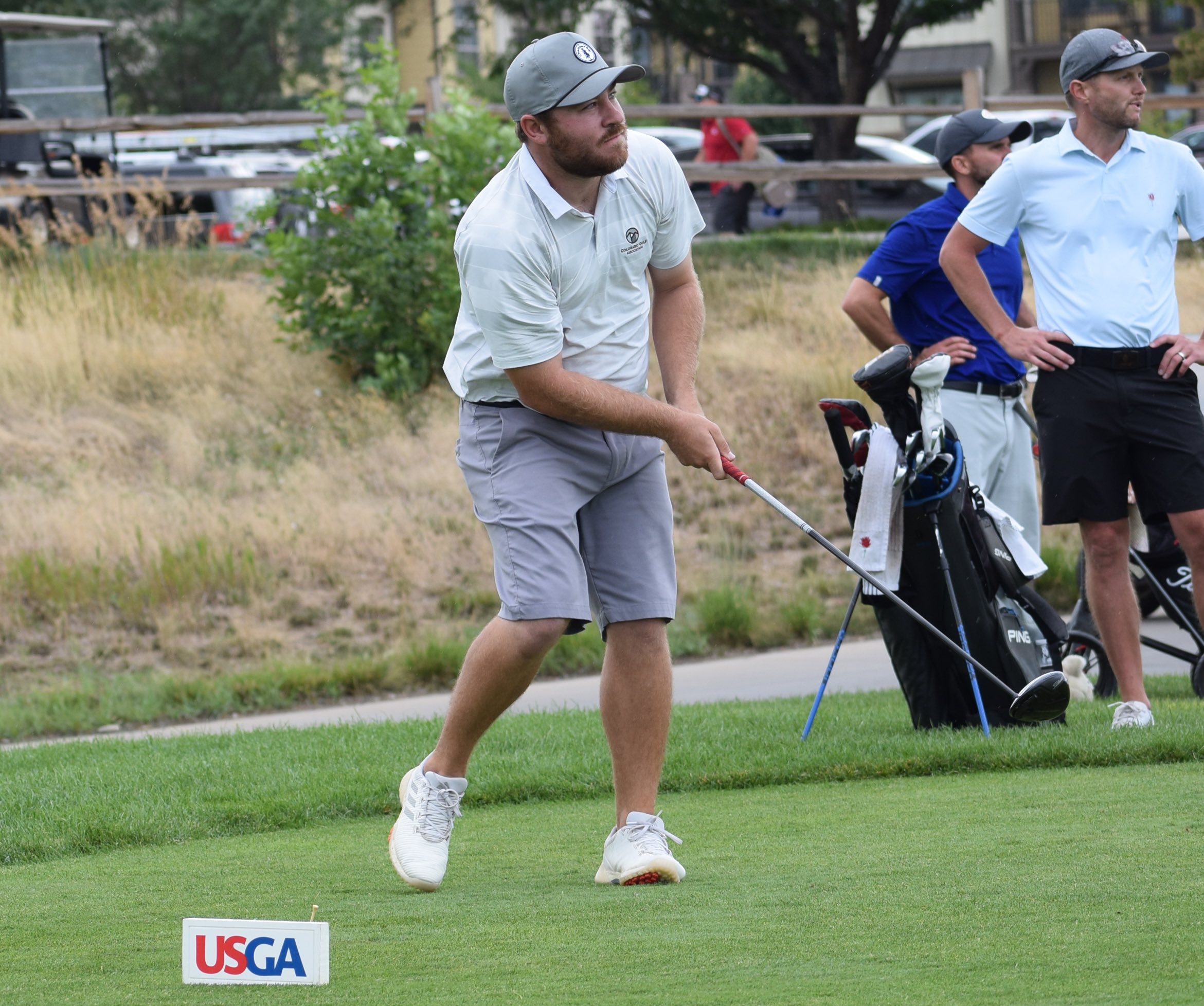 Josh McLaughlin of Loveland birdied his last three holes of round 1.

Two Coloradans won’t be advancing to the match-play portion of the U.S. Mid-Amateur. Whether the three others will be sticking around remains to be seen.

That’s what we know after two days of the Mid-Am, where things are normally more sorted out by this time.

But weather-related issues have delayed the proceedings considerably on Nantucket Island, Mass., and the 64-man match-play field won’t be finalized until at least Monday afternoon.

Two of the contestants from Colorado did complete their second rounds, and won’t be making the cut: Tom Glissmeyer of Colorado Springs, who sits in 239th place at 15 over par, and Joseph Chally of Castle Rock, who’s 254th at 19 over.

Meanwhile, two other Coloradans started their second rounds, while another hasn’t yet teed off for round 2.

Josh McLaughlin of Loveland, who made it into the field after originally being an alternate, birdied his final three holes of round 1 to shoot a 1-under 69, but didn’t begin his second round on Sunday. The 2019 CGA Match Play champ shared 19th place when play was halted Sunday evening.

Meanwhile, Michael Harrington of Colorado Springs finds himself 2 over par overall through 26 holes. The 2014 CGA Player of the Year shares 73rd place.

And former University of Colorado golfer Ross Macdonald is in 130th place at 5 over par through five holes of round 2.

73. Michael Harrington, Colorado Springs 71 (stands at 2 over par through 26 holes)

Will Fail to Advance to Match Play