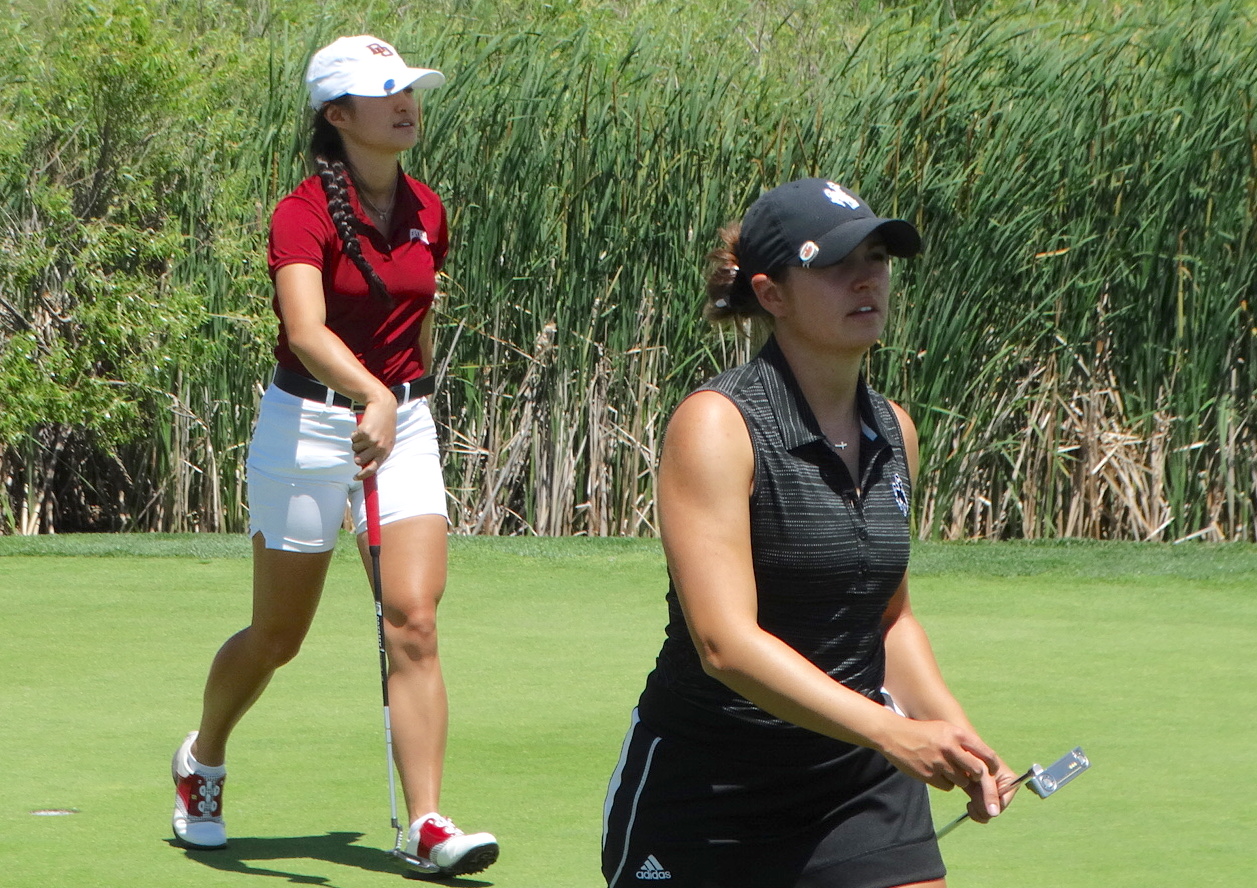 Weinstein, Sargent will meet for championship in CGA Women’s Match Play; senior final a rematch of 2018

It was a matchup of two Erins and two University of Denver teammates in Wednesday’s championship flight semifinals of the 104th CGA Women’s Match Play at The Club at Ravenna in Littleton.

Perhaps not surpringly, Weinstein and Sargent finished 1-2 last month in the other CGA women’s major, the Stroke Play. (The two are pictured above, with Weinstein at left.)

In the open championship semifinals, Sargent made birdie on the 18th hole to edge former CoBank Colorado Women’s Open champion Erin Houtsma of Colorado National 1 up. Sargent, a University of Wyoming golfer who qualified for the U.S. Women’s Amateur last week, was 2 down after six but built a 3-up lead after 13. Houtsma then won three straight holes, evening the match with a birdie on 16.

Weinstein advanced to the final of this event for the second straight year, this time by beating DU teammate Alison Armstrong 6 and 5. Weinstein, a two-time CGA Women’s Player of the Year, never trailed in the match and was 6 up after eight holes.

Franklin is looking for her second straight win in a CGA women’s senior major as she prevailed in the Women’s Senior Stroke Play last year.

Also in the senior flight on Wednesday, Christie Austin of Cherry Hills Country Club scored a hole-in-one on No. 6 en route to a 5 and 3 victory that put her in the consolation final against fellow Colorado Golf Hall of Famer Kim Eaton.

Here are the final matches that will be played on Thursday: