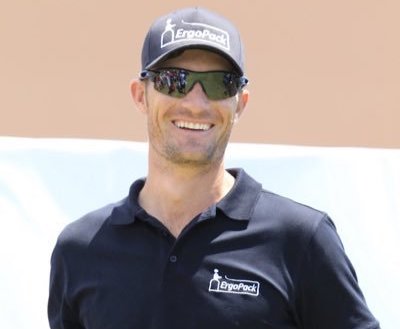 Former University of Colorado golfer Sebastian Heisele posted a dozen 3s on his card — an eagle, seven birdies and four pars — as he shot a 10-under-par 61 on Thursday and grabbed the lead in the European Challenge Tour’s KPMG Trophy in Belgium.

Heisele, a former regular on the European Tour, ran off seven 3s in eight holes starting on No. 12, his third hole of the day.

The former Buff finished with an eagle and eight birdies, good for a one-stroke Robin Roussel.

For a while, Heisele was on 59 watch.

“On the second tee (his 11th hole), I sort of thought ‘Seven under through 10. I might have a chance here if I keep going.'” said Heisele (pictured). “So it did pop into my head, but I tried to not let it necessarily disrupt anything and to go two off of 59 is not too bad.”