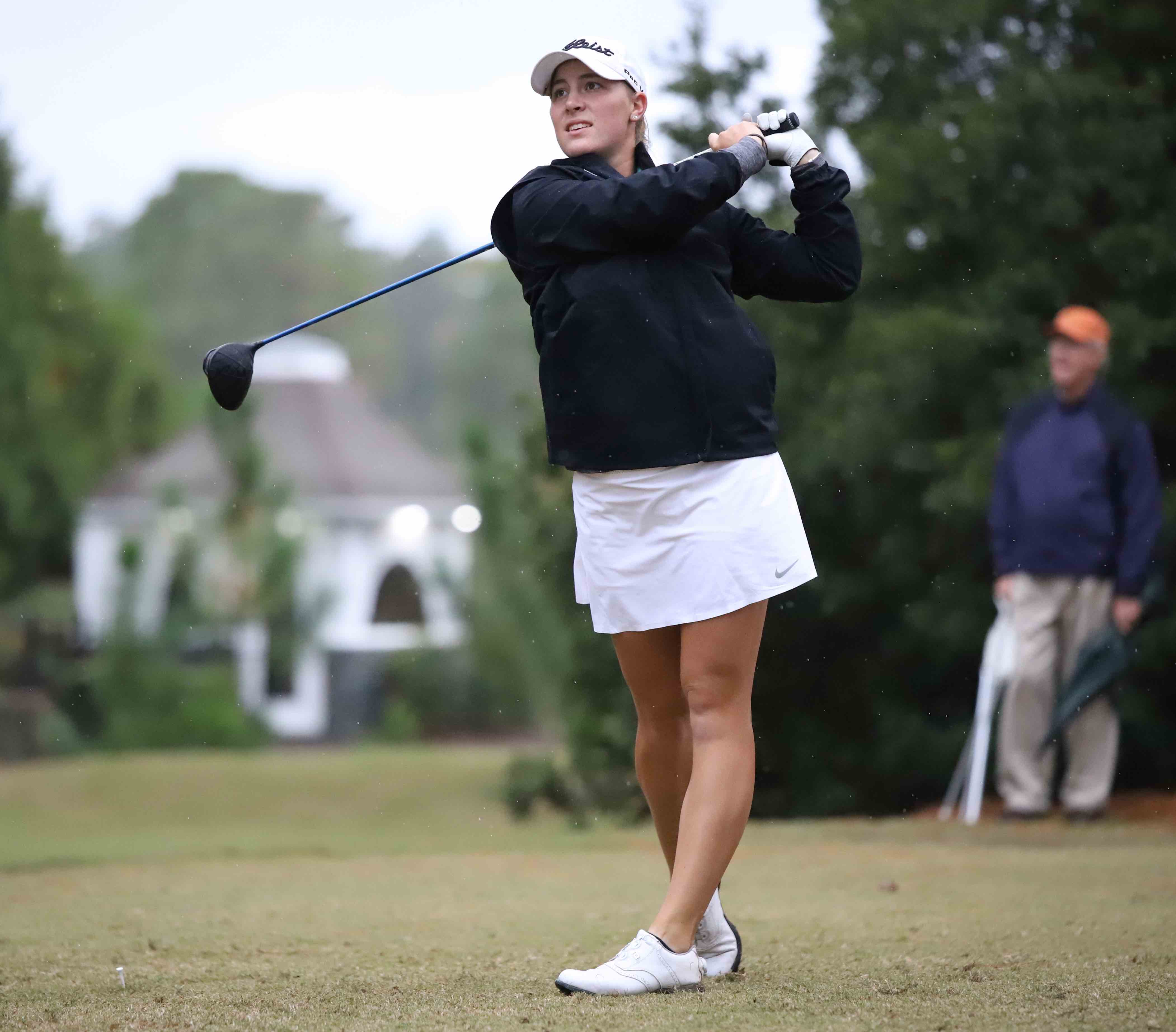 While Jennifer Kupcho of Westminster and Becca Huffer of Denver finished the day in the top 10 overall, they aren’t the only players with strong Colorado ties who will go into the final round of the LPGA Q-Series in good position to earn LPGA cards for 2019.

University of Colorado junior Robyn Choi, who has qualified in Colorado for the last two U.S. Women’s Open, has shot 69-68 the last two days to move up to 45th place. And, coincidentally, the top 45 finishers and ties after Saturday’s eighth round will earn LPGA status for 2019.

Choi made four birdies and no bogeys on Friday at Pinehurst No. 7 and checks in at 8-over-par 512 for seven rounds.

Kupcho and Huffer didn’t complete round 7 before play was suspended due to darkness, so Kupcho will have to go 24 holes on Saturday and Huffer 21. But both are in very good shape to land their cards.

Kupcho, the Wake Forest senior who won the 2018 NCAA individual title, was 3 under par through 12 holes on Friday as she made three birdies and no bogeys on the day and sits at 15 under par overall. The No. 1-ranked women’s amateur in the world remains near the top of the leaderboard — in third place, two strokes behind leader Sarah Schmelzel.

Huffer, the 2013 CoBank Colorado Women’s Open champion who’s been a regular on the Symetra Tour in recent years, moved up into 10th place on Friday, when she was 4 under par, having made five birdies in her 15 holes. She checked in at 3 under par overall.

Amateurs — such as Kupcho (pictured above in an LPGA photo) and Choi (left, also in an LPGA photo) — who go on to earn their LPGA Tour cards can defer their acceptance of membership until July 1, 2019. That means they could complete their college seasons before joining the LPGA Tour should they qualify.