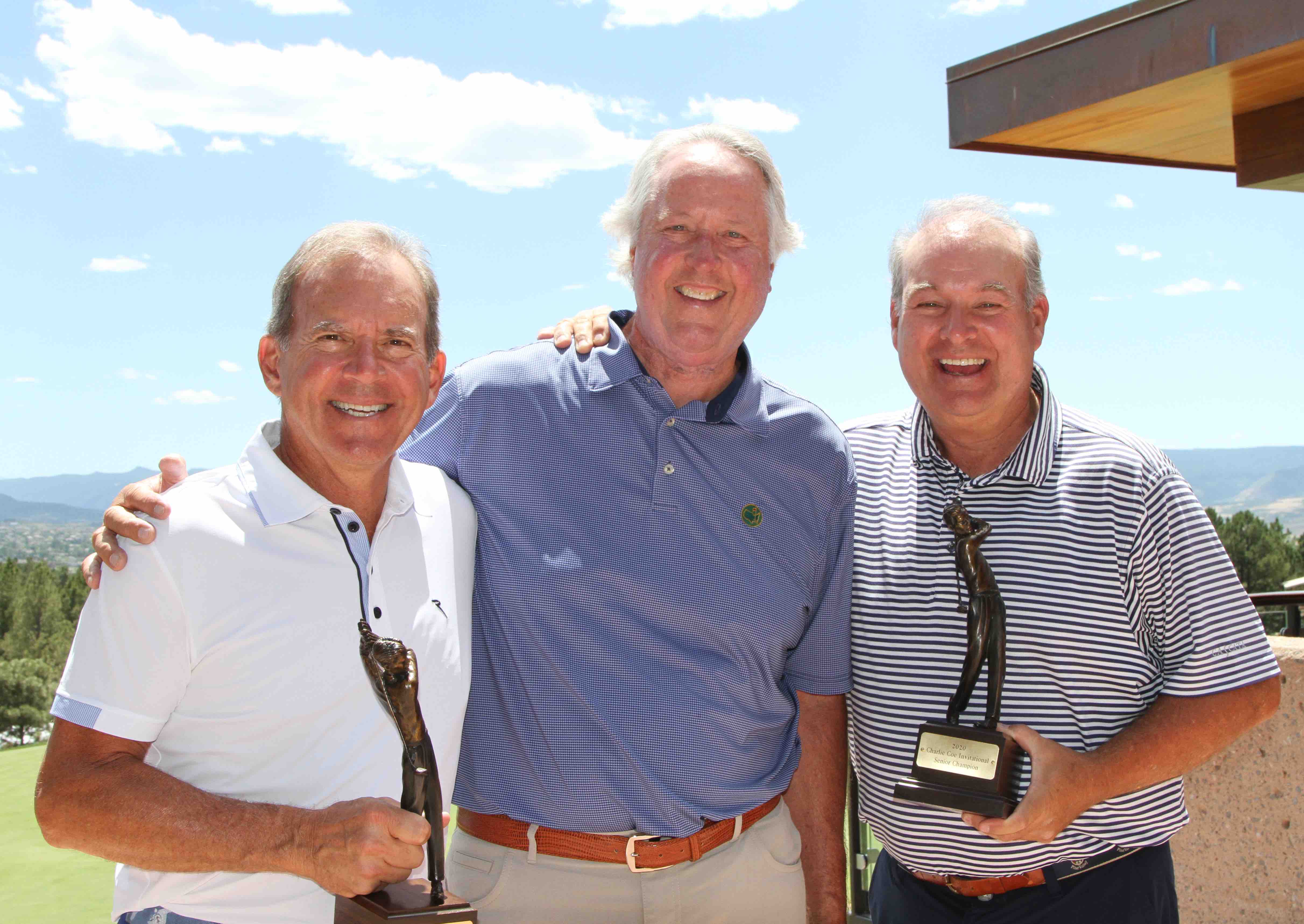 Teams including at least one Coloradan won the senior title and took second in the mid-amateur division on Wednesday as the Charlie Coe Invitational concluded at Castle Pines Golf Club.

David Nelson of Littleton and Columbine Country Club joined with Chip Lutz of Reading, Pa., to claim the senior title by nine Stableford points as the gross better-ball team event used the same format as did The International PGA Tour tournament that Castle Pines GC hosted from 1986 through 2006.

Nelson and Lutz chalked up 8 points in Wednesday’s final round, giving them 34 overall.

In the mid-amateur competition, former University of Colorado golfer Norton Rainey of Parker and Colorado Golf Club paired with Marcus Jones of Argyle, Texas to take second place. Ryan Greer and Chas Narramore, both of Knoxville, Tenn., racked up 41 points, including 15 on Wednesday, to beat Rainey and Jones by eight.

The Charlie Coe Invitational is named after the late two-time U.S. Amateur champion, who was a member at Castle Pines.

For all the scores from the Charlie Coe Invitational, CLICK HERE.