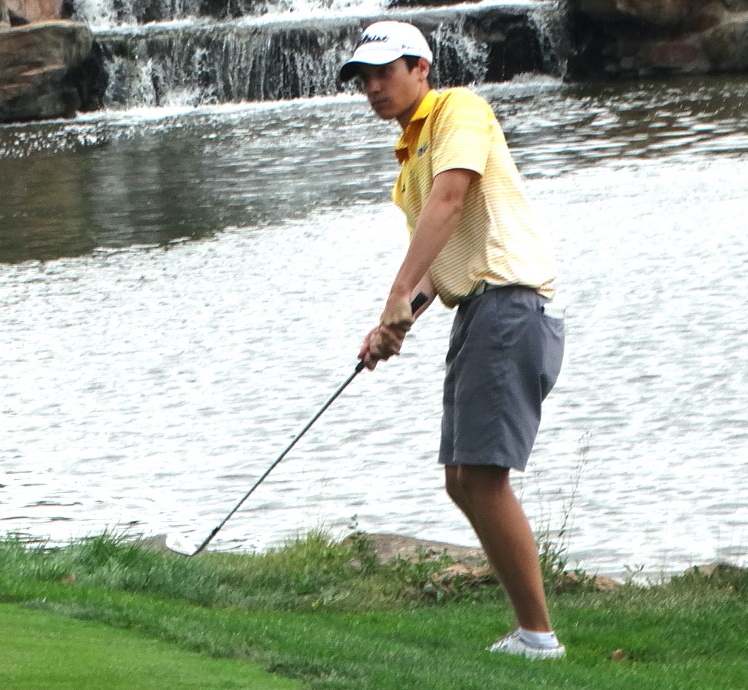 Jack Castiglia went bogey-free en route to a 65 on Friday.

Now that’s what you call teaming up at the top of the leaderboard.

Meanwhile, University of Denver teammates Mary Weinstein of Highlands Ranch and Caroline Jordaan of Denver are tied for the top spot in the women’s tournament, both having birdied the 18th hole for 1-under-par 71s.

In a field comprised largely of college golfers — many of whom aren’t competing intercollegiately this fall due to Covid-19 safety concerns — players from Colorado schools who grew up in the state dominate the top of the leaderboards after round 1.

Shehee, who recently won the Aurora Amateur, started off the day with a bogey on No. 10, but played his final 15 holes in 6 under par.

CGA Mid-Amateur champion Chris Thayer of Golden, the only non-college player in the top 10, shares sixth place at 68.

On the women’s side, Weinstein, a three-time CGA Women’s Player of the Year, carded three birdies and two bogeys in round 1.

Jordaan, winner of the Colorado Junior Match Play and the 3A girls state high school titles in 2019, posted five birdies and four bogeys.

Sitting a stroke out of the lead is Kelsey Webster of Boulder, a University of Colorado golfer who placed second on Sunday in the Colorado National Women’s Amateur. She recorded six birdies, six pars and six bogeys on Friday.

The 54-hole tournament will conclude on Sunday for both the men and women.

For the scores from the CGA Fall Amateur, click on the following: MEN, WOMEN.