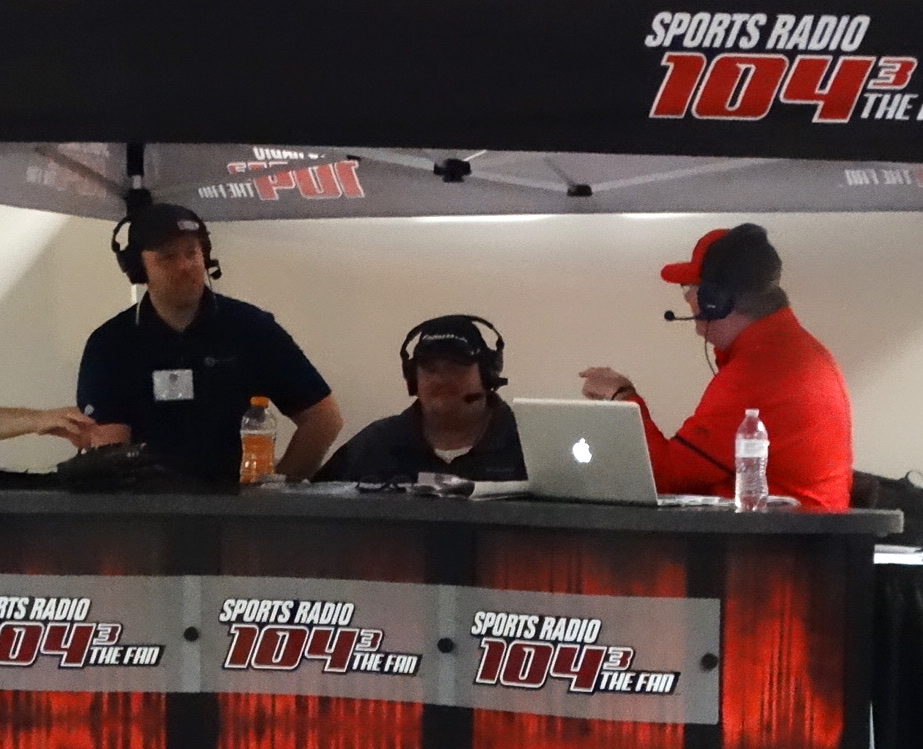 People in much of Colorado just endured a bone-chilling stretch of weather, but this too shall pass.

As a matter of fact, even in the Centennial State, many golfers will be gearing up for the season in no time. Score posting in Colorado for USGA Handicap purposes will begin on March 15. And, just in terms of whetting the appetite to get out on the course, The Players Championship will be held next week, and the Masters is just over a month away.

With that being the case, golf talk shows on the radio in Colorado will emerge from their winter hibernation, though there is one Colorado-based program that airs year-round — Tee to Green, which typically broadcasts from The Broadmoor Resort in Colorado Springs.

Another show, Morning Cup of Golf, will begin its season run on Saturday (March 9). And a third, In the Fairway, will start weekly shows on April 6, though it cranked up for one installment last month at the Denver Golf Expo.

— Tee to Green: As noted above, Tee to Green is the one Colorado-based golf radio talk show that broadcasts year-round. The syndicated program airs on Sundays from 8-9 a.m. (MT), with its local flagship station being Xtra Sports (1300 AM) in Colorado Springs. Tee to Green is also on Sirius/XM channel 211, iHeartRadio and the TuneIn app. In addition, it’s streamed online at SportsByline.com.

Jay Ritchie continues as host, but his co-host for 12 years, Jerry Butenhoff, left the show at the end of August. Another Jerry, Jerry Evans, joined Ritchie on the air starting Nov. 1. Evans has worked in the radio and TV business for more than 20 years.

“Our inside joke is that your first name has to be Jerry in order to be a co-host of Tee to Green,” Ritchie said in an email. “Makes it easy for me to remember, although I screwed up and called him Jerry Butenhoff twice on air. (We had a good laugh about it). Jerry loves golf and his passion and knowledge are real assets to the show.”

This past Sunday, among the guests on Tee to Green was Lauren Howe, the one-time LPGA Tour winner who will be inducted into the Colorado Golf Hall of Fame on June 2.

— Morning Cup of Golf: This show, based out of Fort Collins, is entering its fourth year. Its 2019 season will run each Saturday from 7-9 a.m. starting March 9 and concluding Aug. 24.

Morning Cup of Golf, hosted by Colorado PGA professionals Stan Fenn and Doug Perry, airs on KCOL (600 AM) and iHeartRadio.

Among the regulars on the show will be CGA executive director Ed Mate, who is scheduled every other week. This Saturday, Cherry Hills Country Club PGA head professional John Ogden is scheduled to be on, discussing the 2023 U.S. Amateur coming to Cherry Hills.

With a Web.com Tour event coming to TPC Colorado in Berthoud for at least five years starting this July, Morning Cup of Golf plans to have select Web players on the show periodically as a lead-up. PGA Tour players with strong Colorado ties are expected to be occasional guests as well, as will industry leaders in golf and national broadcasters.

— In the Fairway: This Denver-based show (pictured above) may be the most familiar of the Colorado-based golf programs on radio as it dates back to 1993. Jerry Walters has been the host since the beginning, though the show has switched stations over the year. In recent years, it’s been on 104.3 The Fan (FM).

With Ray Best serving as co-host since 2014, the show runs 8-10 a.m. each Saturday from the weekend before the Masters until typically late in September.

Mate, the CGA’s executive director, does an In the Fairway segment most Saturdays, usually discussing some Rules of Golf issue, often one that’s been in the news in the world of tour golf. Mate has served on the USGA Rules of Golf Committee for more than three years.

Walters, who used to serve as a putter company representative on the PGA and Web.com tours, will bring tour players and caddies onto the show on a periodic basis.

In addition to the three full-time golf shows on Colorado radio, Mile High Sports (1340 AM and 104.7 FM) will have a CGA segment each Wednesday from April 3 to the week after the President’s Cup in December. Host Gil Whiteley and Mate will be the regulars from 12:45-1 p.m. most of those Wednesdays.