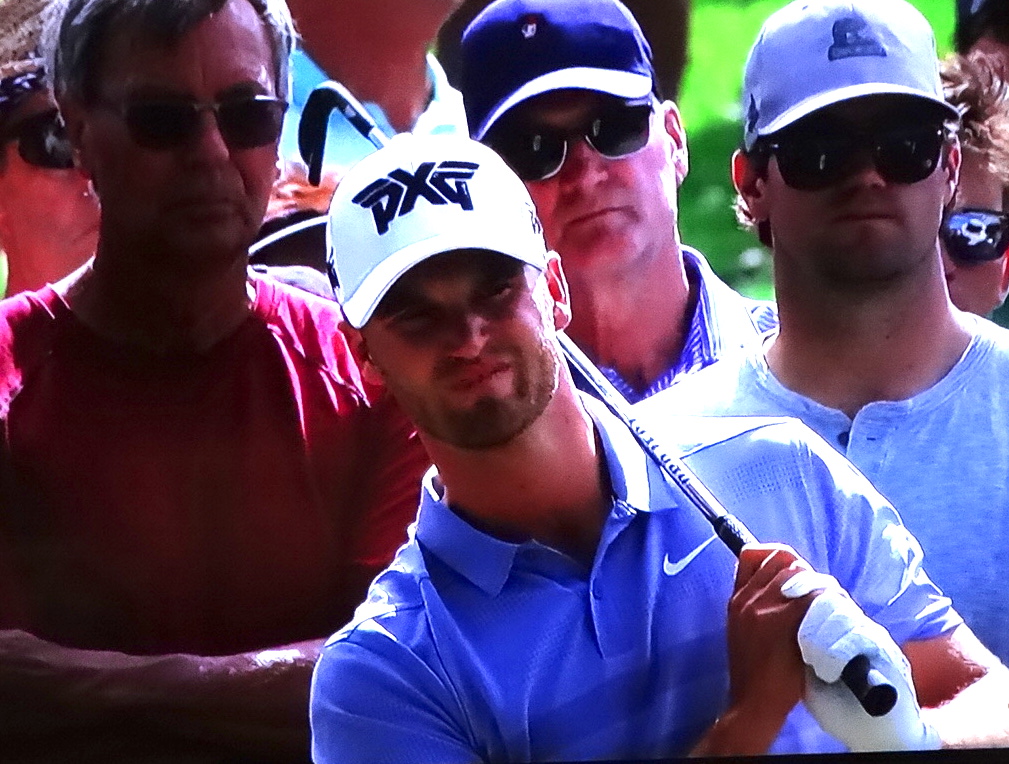 You can chalk it up as a learning experience, the result of holding a Sunday lead for the first time on the PGA Tour, playing an extremely difficult golf course in windy conditions, or a stellar leaderboard.

Or a combination of all of the above.

Whatever the case, Denver native Wyndham Clark didn’t convert his first 54-hole lead on the PGA Tour into a victory on Sunday at the Honda Classic in Palm Beach Gardens, Fla. But while he certainly had victory in mind, the 25-year-old did notch his best finish in his young PGA Tour career — and his second straight top-10.

Clark, who grew up in Colorado and graduated from Valor Christian High School, held a two-stroke lead in the middle of the front nine on Sunday, but a tough middle portion of the round (4 over par in six holes) cost him the lead and he ended up tying for seventh at PGA National.

Clark — winner of the 2010 CGA Amateur and the 2017 Pac-12 Championship, both at Boulder Country Club — held at least a portion of the lead most of the day on Saturday and through more than half the round on Sunday. But he made four bogeys from holes 7 through 12, paying a price for a three-putt and two errant tee shots.

The bogey on 11 dropped him out of the top spot for the first time since early in the third round.

But Clark’s putter kept him on the leaderboard down the stretch. He drained a 50-foot birdie on No. 15 to get back within two of the lead, holed a 10-foot par on 16, and got up and down for another par on 17.

But Clark pushed his tee shot on 18, found the water with his second and closed with a bogey. Seeking his first pro victory, he shot a 2-over-par 72 in the final round, posting a 5-under 275 total and ending up four strokes behind winner Keith Mitchell.

Clark was attempting to become the first person who grew up in Colorado to win on the PGA Tour since Kevin Stadler prevailed in the 2014 Waste Management Phoenix Open.

If nothing else, Clark is in the midst of a promising rookie season on the PGA Tour. The former Big 12 and Pac-12 Player of the Year has made nine cuts in 11 events this season (he’s now played 19 times tournaments on the PGA Tour).

Among those on the leaderboard with Clark on Sunday were Brooks Koepka, winner of the last two U.S. Opens and the 2018 PGA Championship; World Golf Hall of Famer Vijay Singh, with whom Clark was paired on Sunday; and Rickie Fowler.

Mitchell birdied four of his last seven holes for a one-stroke victory, giving him his first PGA Tour victory.

— Another Strong PGA Tour Champions Showing for Jobe: Another player who grew up in Colorado, Colorado Golf Hall of Famer Brandt Jobe, likewise notched a top-10 finish on Sunday as he tied for sixth in the PGA Tour Champions Cologuard Classic in Tucson, Ariz.

Jobe shot rounds of 68-71-69 for an 11-under-par 208 total, which left him six strokes behind champion Mark O’Meara, a World Golf Hall of Famer. Jobe birdied four of his first seven holes on Sunday, but went even-par the rest of the way.