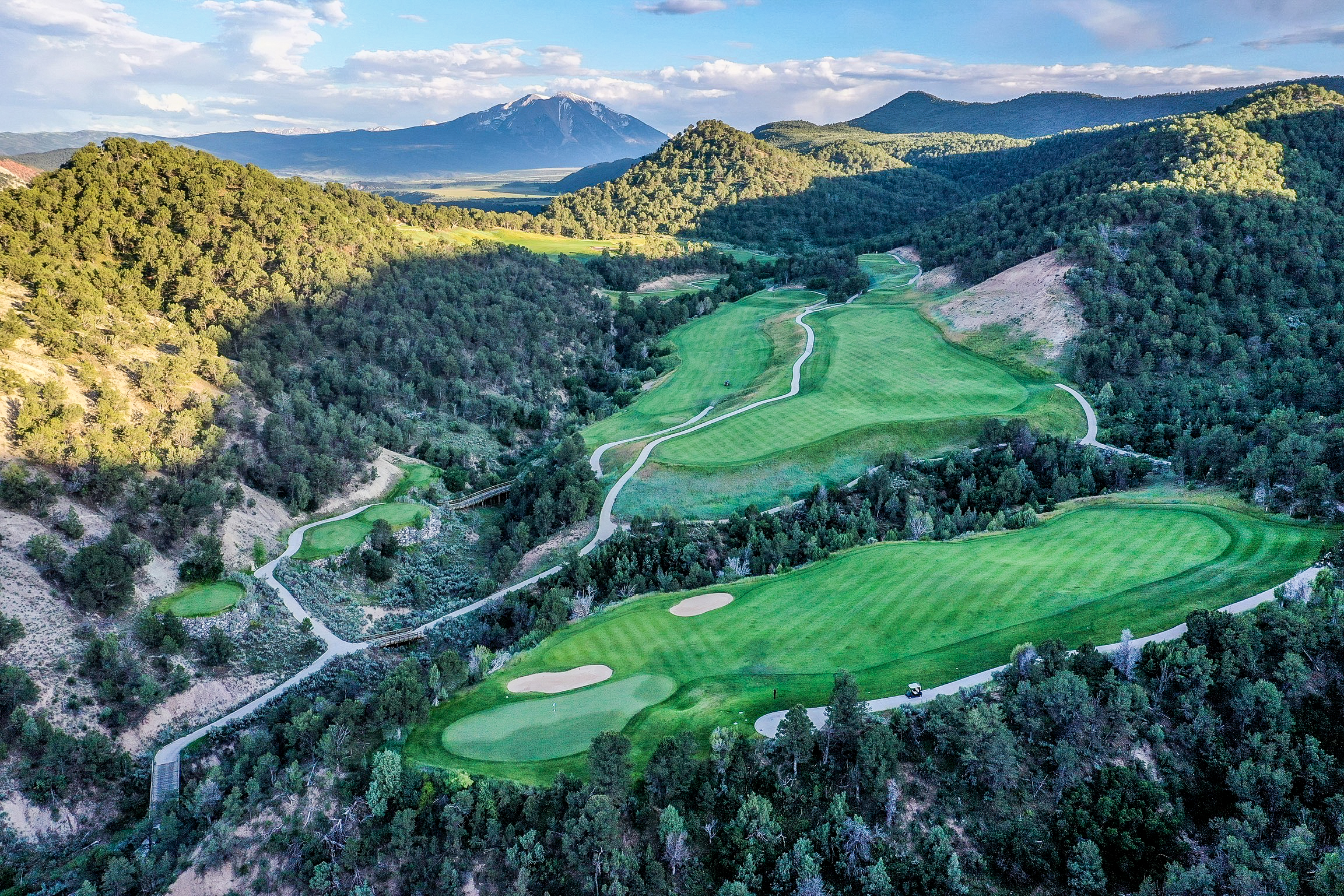 Sean Crowley of Columbine Country Club, who competed in the U.S. Senior Open earlier this year, and son Gavin shot a 4-under-par 68 and share the lead with Chuck Delich of Eisenhower Golf Club and Phil Delich of the Country Club at Woodmoor after Saturday’s first round of the 39th CGA Parent-Child Championship at Ironbridge Golf Club south of Glenwood Springs.

Playing a Modified Chapman format on day 1 —  where both players from a team tee off and play their second shots with their partner’s ball, then select one ball to play alternately into the hole — the Crowleys carded six birdies and two bogeys on Saturday, while the Deliches went bogey-free with an eagle and two birdies.

Bill Fowler of The Club at Rolling Hills and Will Fowler of Bear Creek Golf Club, the 2019 Parent-Child champs, opened with a 69 and share third place with Paul Edwards of Meridian Golf Club and Clark Edwards. The Fowlers made six birdies in round 1 and the Edwardses five.

Another set of past champs, Colorado Golf Hall of Famer Kent Moore of Cherry Hills Country Club and Steven Moore of CommonGround Golf Course, are next best, at 70 after a four-birdie, two-bogey day. The Moores claimed the trophy in 2009.

In all, eight teams out of the original field of 51 twosomes broke par on Saturday, including 2020 winners Russ Roehrkasse of Colorado Springs Country Club and Chris Roehrkasse of Meridian Golf Club, who carded a 71.

Leading the net competition after day 1 are the Deliches, who posted a 7-under-par 65 for a three-stroke advantage.

The Crowleys are ahead by eight in the competition for the Loel and Caleb Lierman Award, given to the team that includes a player 18 or younger with the lowest 36-hole gross score.

For Sunday’s final round, the format will change slightly, to Foursome Stroke Play, with players alternating shots from the tee until the ball is holed.

For all the scores from Ironbridge GC, CLICK HERE.