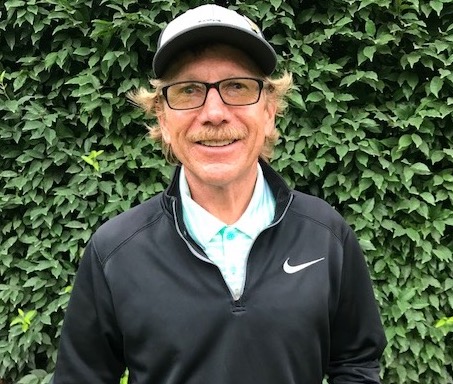 There was no one in the Pacific Coast Amateur field older than 57-year-old Greg Condon of Monte Vista.

But there were plenty of competitors that finished below the Coloradan on the scoreboard, and not many above him.

Condon, the stroke-play co-medalist in last year’s U.S. Senior Amateur before falling in the match play round of 32, finished 15th on Friday at the Pac Coast at the Championship Course at the University of New Mexico in Albuquerque.

Condon (pictured) was the top performer out of the players with strong Colorado connections. He played his last four holes in 3 under par to shoot a 1-over 72, which put him at 5-under 279 for the week.

Colorado Christian University golfer Chase Carlson tied for 32nd place at 283 after a closing 73. University of Colorado player Ross Macdonald of Castle Rock ended up 43rd at 286 after carding a 74 on Friday.

Ryan Burke of Longmont had the best final round for the Colorado contingent on Friday, making seven birdies en route to a 4-under-par 67. He finished at 296 and in 68th place. And reigning CGA Mid-Amateur champion Jared Reid of Denver placed 78th at 303 after shooting a final-round 78.

Quade Cummins of Weatherford, Okla., claimed the individual title by four at 20-under-par 264.

Here are the round-by-round scores of the Coloradans and players with strong Colorado ties who competed this week in the Pacific Coast Amateur:

For all the scores from the event, CLICK HERE.