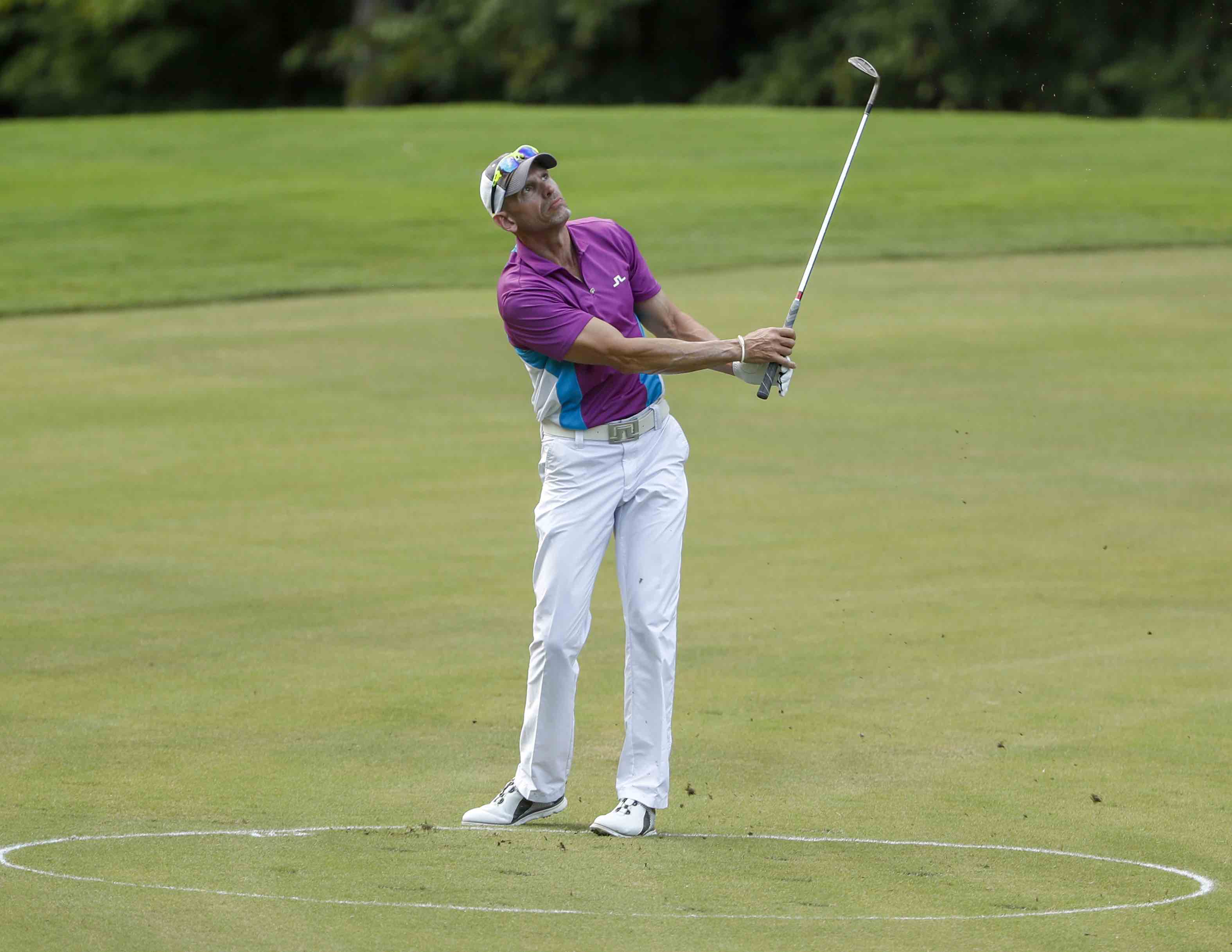 Victor Minovich of Thornton had never before qualified for any USGA championship, so a Sweet 16 showing was no small feat in appearance No. 1.

Minovich, who plays out of Foothills Golf Course in south Denver, qualified for match play at the U.S. Senior Amateur, then won his first two matches. But the fairytale run came to an end on Tuesday afternoon in Durham, N.C., where Walter Todd of Laurens, S.C., handed him a 3-and-1 defeat in the round of 16.

It was the second straight year for a Coloradan to get to the Sweet 16 in the U.S. Senior Amateur as Scott Sullivan of Grand Junction advanced that far last year.

After birdies on holes 1 and 3, Minovich (photo: copyright USGA/Chris Keane) was 1 up against Todd, but didn’t regain the lead after Todd won No. 4 with a par. The South Carolinian took 3-up leads on the back nine. Minovich cut the deficit to 2 down with a birdie on 14, but the players tied the next two holes, then Todd closed out the match with a bogey on 17 as Minovich made a double bogey.

Minovich finished 5 over for the 17 holes of the round-of-16 match.

In the round of 32 earlier Tuesday, Minovich beat Mark Morgan of Shingle Springs, Calif., also by a 3-and-1 score.

Despite making five straight bogeys starting on No. 11, Minovich never trailed against Morgan and was 5 up through 12. He was 3 over par for 17 holes.

Here are the results for all the Coloradans in the field at the U.S. Senior Amateur:

TUESDAY’S MATCH PLAY ROUND OF 16