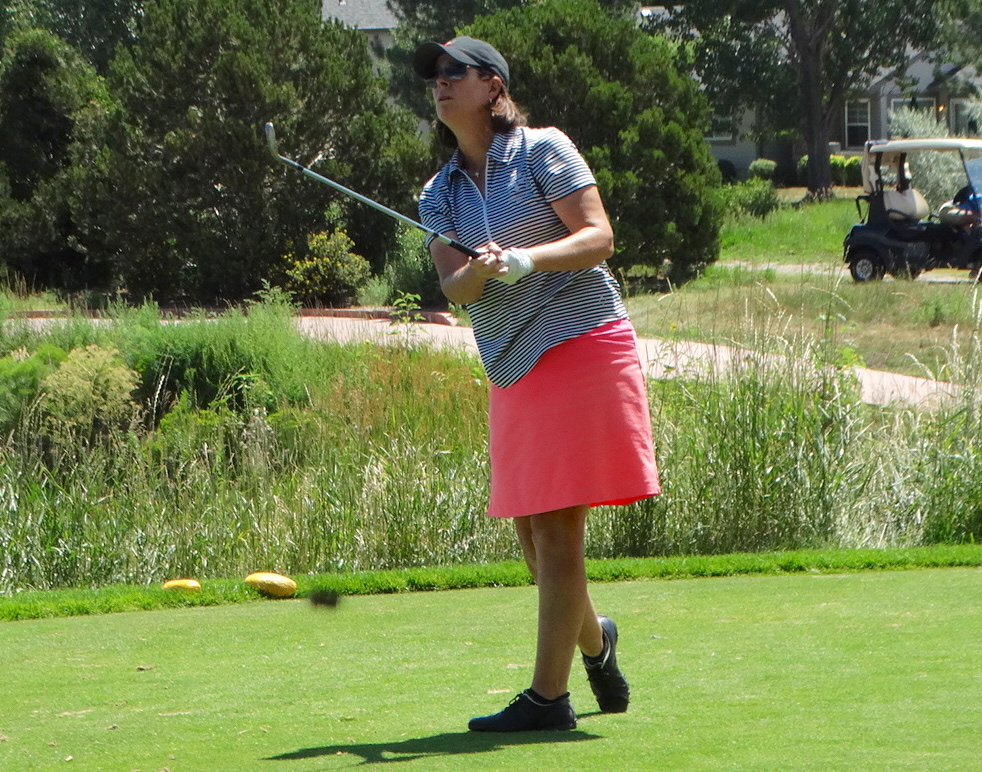 Coloradan Janet Moore falls in round of 32 at U.S. Senior Women’s Am for second straight year

Janet Moore of Centennial has gone a perfect 6-for-6 in qualifying for the U.S. Senior Women’s Amateur. And, after failing to advance to match play in three of her first four visits to the national championship, the Colorado Golf Hall of Famer has made it to the round of 32 the last two years.

And this time, Moore (pictured) pushed her round-of-32 match to extra holes. But like last year, she ran into a road block that kept her from the Sweet 16.

In her second extra-holes match of this week’s championship, Moore fell in 19 holes on Tuesday in Cedar Rapids, Iowa, to Pamela Kuong of Wellesley Hills, Mass. It was the second Coloradan Kuong has taken down in extra holes in Iowa as she defeated part-time Gunnison resident Marilyn Hardy in 24 holes on Monday.

Against Moore, Kuong birdied the 19th hole to advance to the final 16.

Moore never led in the match, but pulled even with a winning par on the 17th hole. Both players parred the 18th, then Kuong won with her birdie vs. Moore’s par on the first extra hole.

The victory earned Kuong a round-of-16 matchup with defending champion Lara Tennant of Portland, Ore., who defeated Kuong 4 and 3.

Moore finished 3 over par for 19 holes on Tuesday.

Here are the results for all the players with strong Colorado connections:

For all the scores from the U.S. Senior Women’s Amateur, CLICK HERE.