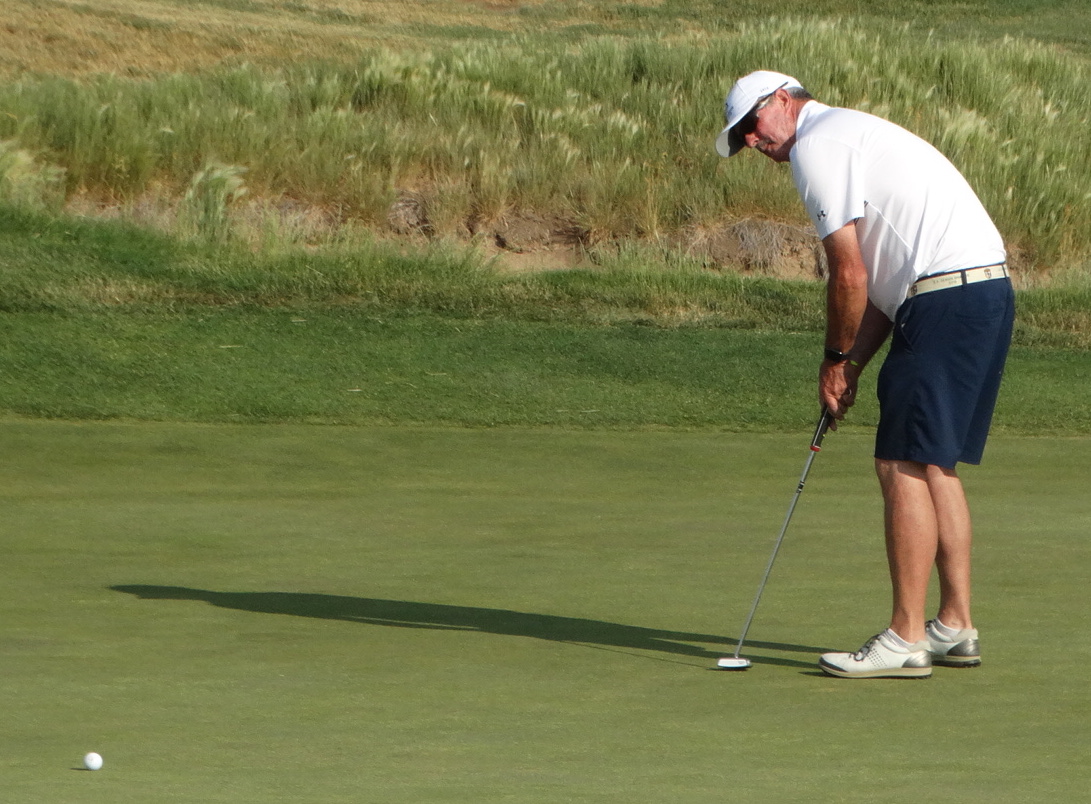 Wyoming resident John Hornbeck, who won the 2018 CGA Senior Match Play, made eight birdies on Tuesday and shot a 7-under-par 65 at Riverdale Dunes in Brighton to grab a three-stroke lead after the opening round of the 48th CGA Senior Amateur Championship.

Hornbeck was one of only three competitors to break par on Tuesday at the Dunes, which hosted a Korn Ferry Tour event during the 1990s.

Hornbeck, who teed off on No. 10, birdied his first two holes, last two holes, and played his final seven in 4 under.

Hornbeck, a resident of the southern Wyoming town of Saratoga, which sits about 30 miles north of the Colorado border as the crow flies — is a member of the Golf Hall of Fame in the Cowboy State. In Colorado, he’s qualified for the 2016 U.S. Senior Open, along with the 2014 and ’16 U.S. Senior Amateur. He placed fourth in the CGA Senior Amateur last year.

On Tuesday, Hornbeck (pictured) made just one bogey to go with his eight birdies.

Keith Atkins of Highland Meadows Golf Course, the 2017 CGA Senior Player of the Year, sits in second place at 68 after a round that featured an eagle on No. 9, three birdies and a bogey.

Also breaking par on Tuesday was Dave Merritt of Meridian Golf Club, who carded five five birdies in his round of 71.

Matching par in round 1 were two 2019 U.S. Senior Amateur qualifiers — Gary Albrecht of CommonGround Golf Course and Victor Minovich of Foothills Golf Course (though Albrecht didn’t play in the national championship) — along with Guy Sadler of Fort Collins Country Club. Minovich, who advanced to the round of 16 at the U.S. Senior Am, overcame a quadruple-bogey 8 on the seventh hole Tuesday.

Robert Polk of Colorado Golf Club, who last year won this championship for the fourth time, opened with a 75. Scott Sullivan of Bookcliff Country Club, who won the CGA Senior Match Play this year, posted a 74.

The 84-man field for the CGA Senior Amateur will be cut to the low 40 players and ties after Wednesday’s second round. The championship will conclude on Thursday.

For all the scores from the CGA Senior Match Play, CLICK HERE.