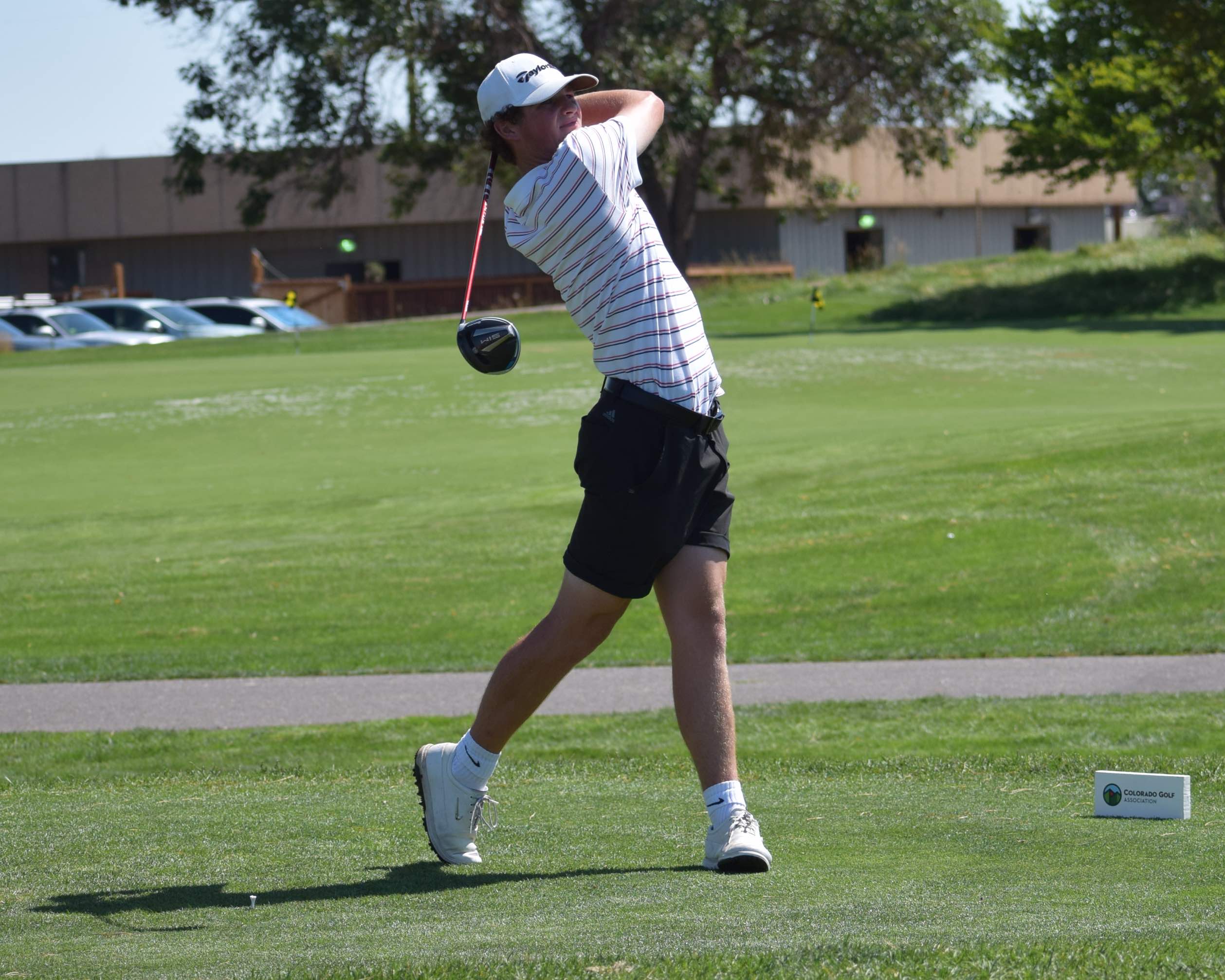 Connor Jones of Westminster went bogey-free in shooting 64 on Friday.

An amateur hasn’t won the Rocky Mountain Open since Paul Brown pulled off the feat in 1987. But if Friday’s opening round of the Sinclair RMO is any indication, perhaps an am will give it a run this weekend at Tiara Rado Golf Course in Grand Junction.

After one day of the 54-hole event, four of the top 10 players on the leaderboard are amateurs. University of Denver golfer Connor Jones of Westminster shares second place, DU teammate Cal McCoy of Highlands Ranch is tied for fifth with Kyle Pearson of Highlands Ranch and Colorado Mesa University, and Grand Junction’s Chase Wortmann shares 10th place.

Pro Mitch Carlson of Las Vegas fired an 8-under-par 63 to lead by one following an eight-birdie, no-bogey day.

Jones was also bogey-free and his 64 tied him with former University of Colorado golfer Bob Kalinowski and Kolton Lapa of Mesa, Ariz.

Pearson, who recently won the CGA Western Chapter Championship, and McCoy fired 65s along with twin brothers Yannik and Jeremy Paul, both former CU golfers, and Blake Snyder of Seattle.

Gary Carpenter of Las Vegas (71) leads the senior amateur division, while Thomas Roos of Centennial is second at 72.