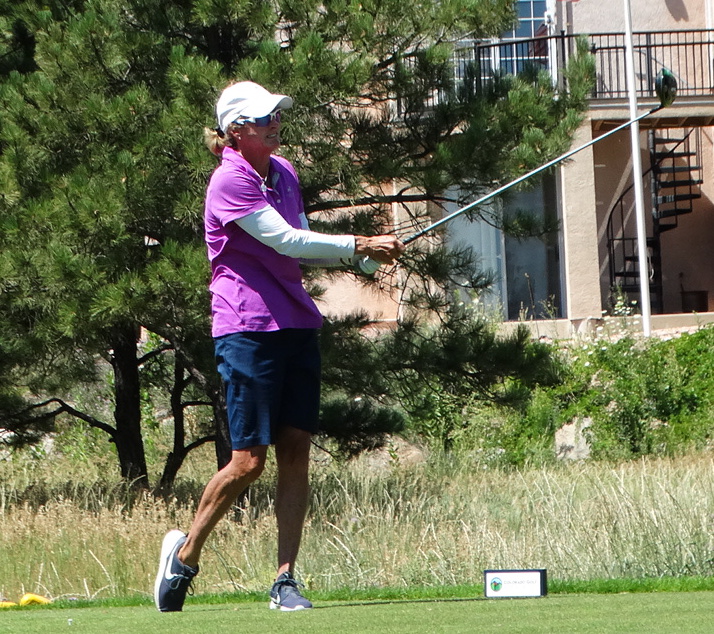 Leader Marilyn Hardy is a veteran of USGA national championships.

While Kristine Franklin of The Ranch Country Club and Colorado Golf Hall of Famer Kim Eaton have won 13 CGA women’s senior majors between them, the player at the top of the leaderboard after Monday’s first round of the CGA Women’s Senior Stroke Play is seeking her first.

Marilyn Hardy of Dos Rios Golf Club, who has competed in more than 40 USGA national championships, fired an even-par 71 Monday at The Olde Course at Loveland and grabbed a four-shot lead at the midway point of the 36-hole event.

Hardy, a part-time resident of the Gunnison area, made three birdies and three bogeys in round 1.

Franklin, winner of the last four CGA women’s senior majors, holds second place after a 75 on Monday. Franklin started the back nine with four consecutive bogeys and finished the day with two birdies and six bogeys.

Kathleen Johnson of The Ranch holds fifth place following a 78.

The final round for the Senior Stroke Play — the championship flight as well as the first through fifth flights — will be held on Tuesday.

For all the scores from The Old Course, CLICK HERE.