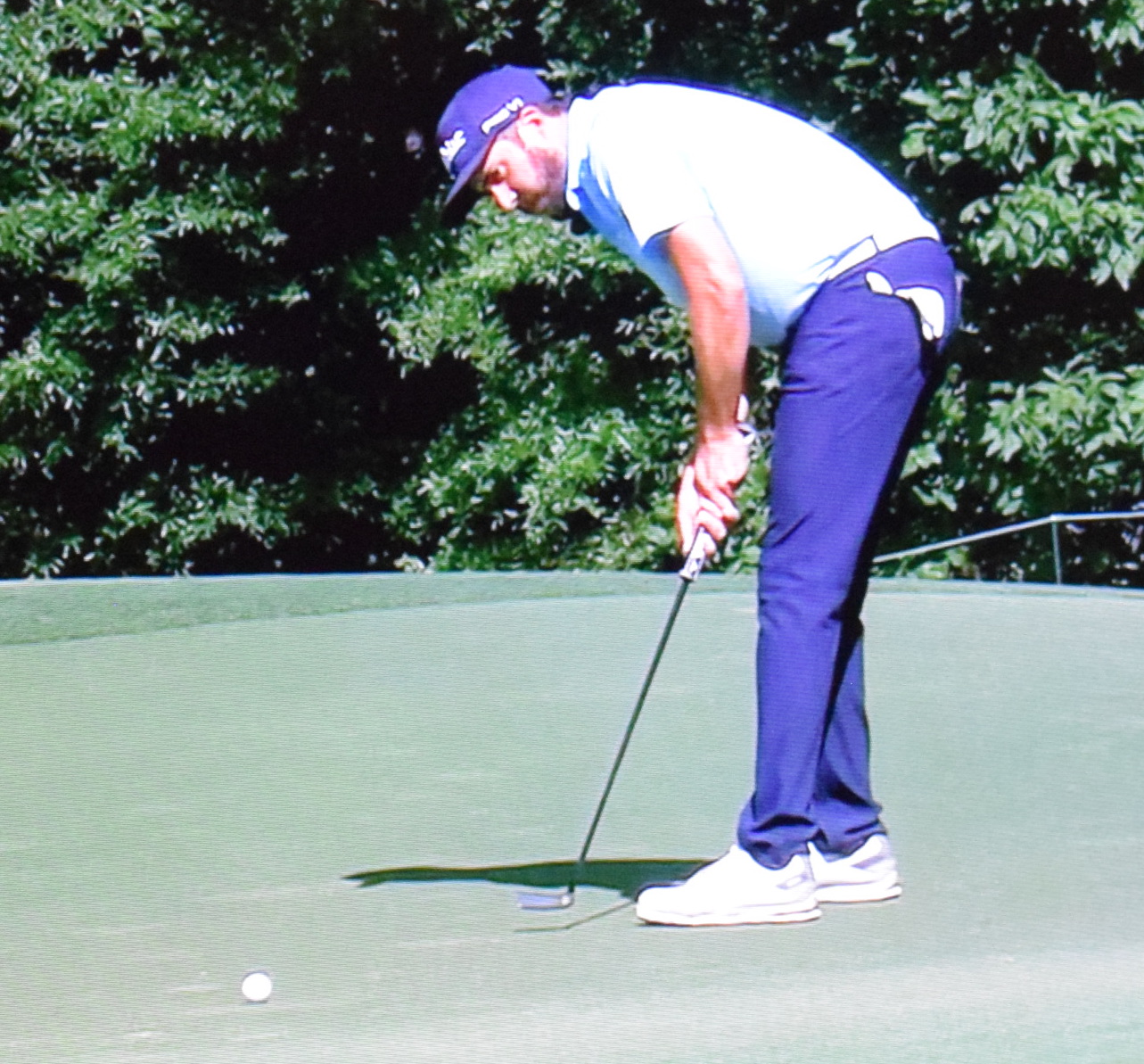 Mark Hubbard advances to the FedExCup Playoffs for the second time in his career.

Fellow Colorado natives Mark Hubbard and Wyndham Clark were living on the edge on Sunday, but for very different reasons.

Hubbard, a Colorado Academy graduate, was making a run at what he hoped would be his first PGA Tour title, twice moving within two strokes of the lead on Sunday at the Wyndham Championship in Greensboro, N.C.

Clark, a product of Valor Christian, had missed the cut at his namesake tournament on Friday, but was certainly interested in what transpired there on Sunday as his FedExCup Playoff status hung in the balance.

In the end, Hubbard was derailed in his quest to win at Wyndham by two double bogeys. And Clark landed a spot in the playoffs — but just B-A-R-E-L-Y.

Hubbard, who swept the major junior championships in Colorado in 2007, made double bogeys on Nos. 6 and 11 on Sunday — both times after being just two strokes out of the lead. In each case, he battled the rough on the right side of the hole, with a little native also thrown in on No. 6.

So despite six birdies on Sunday, Hubbard managed just an even-par 70 after bogeying the final hole. That put him at 14-under 266 overall, seven back of Wyndham champion Jim Herman. Hubbard went 67-65-64-70.

As for Clark, with the top 125 players on the FedExCup points list making the playoffs, Clark finished — you guessed it — 125th. He was outside the number for a time on Sunday, but crept inside as the day went on.

By being 125th, Clark will be part of the 125-man field for next week’s The Northern Trust at TPC Boston, making the playoffs for the second straight year (he finished 64th in the final standings in 2019). In order to advance to the second tournament of the playoffs, the BMW Championship (Aug. 27-30), he’ll have to vault into the top 70 in points by the end of the week in Boston. The playoffs conclude at the Tour Championship Sept. 4-7 in Atlanta.

Hubbard, with his seventh top-15 finish of the season, certainly had no issue making the playoffs. With his showing on Sunday, he moved up to 42nd in the standings at the close of the regular season.

It will be the second time in the playoffs for Hubbard, who also made it four years ago.

On Other Major Tours: In her first start on the Symetra Tour since early March, former University of Colorado golfer Robyn Choi tied for 11th place on Sunday at the Founders Tribute at Longbow Golf Club in Mesa, Ariz. The Australian, who owned LPGA Tour status last year, went 70-70-69 for a 7-under-par 209 total, which left her eight strokes behind champion Sarah White. … Another former Buff, Sebastian Heisele, shared 14th place at the European Tour’s Celtic Classic in Wales. Heisele made seven birdies on Sunday and closed with a 6-under-par 65 to post an 11-under 273 total. Sam Horsfield won at 266.

In Mini Tour Action: Former University of Denver golfer Chris Gilman, who won an event on the Dakotas Tour Aug. 9 following a final-round 59, tied for sixth place on Sunday in the Western N.D. Charity Pro-Am in Minot. Gilman went 66-66-66-69 for a 21-under-par 267 total, which left him five strokes behind champion Ross Miller of Maple Grove, Minn. … Lauren Lehigh of Loveland finished third out of a field of 23 on Wednesday in the Cactus Amateur Challenge, conducted by The Cactus Tour in Scottsdale, Ariz. The former Junior Golf Alliance of Colorado Girls Player of the Year posted scores of 76-76-70 to end up at 6-over-par 222, two strokes back of winner Kelly Su, who prevailed in a playoff.