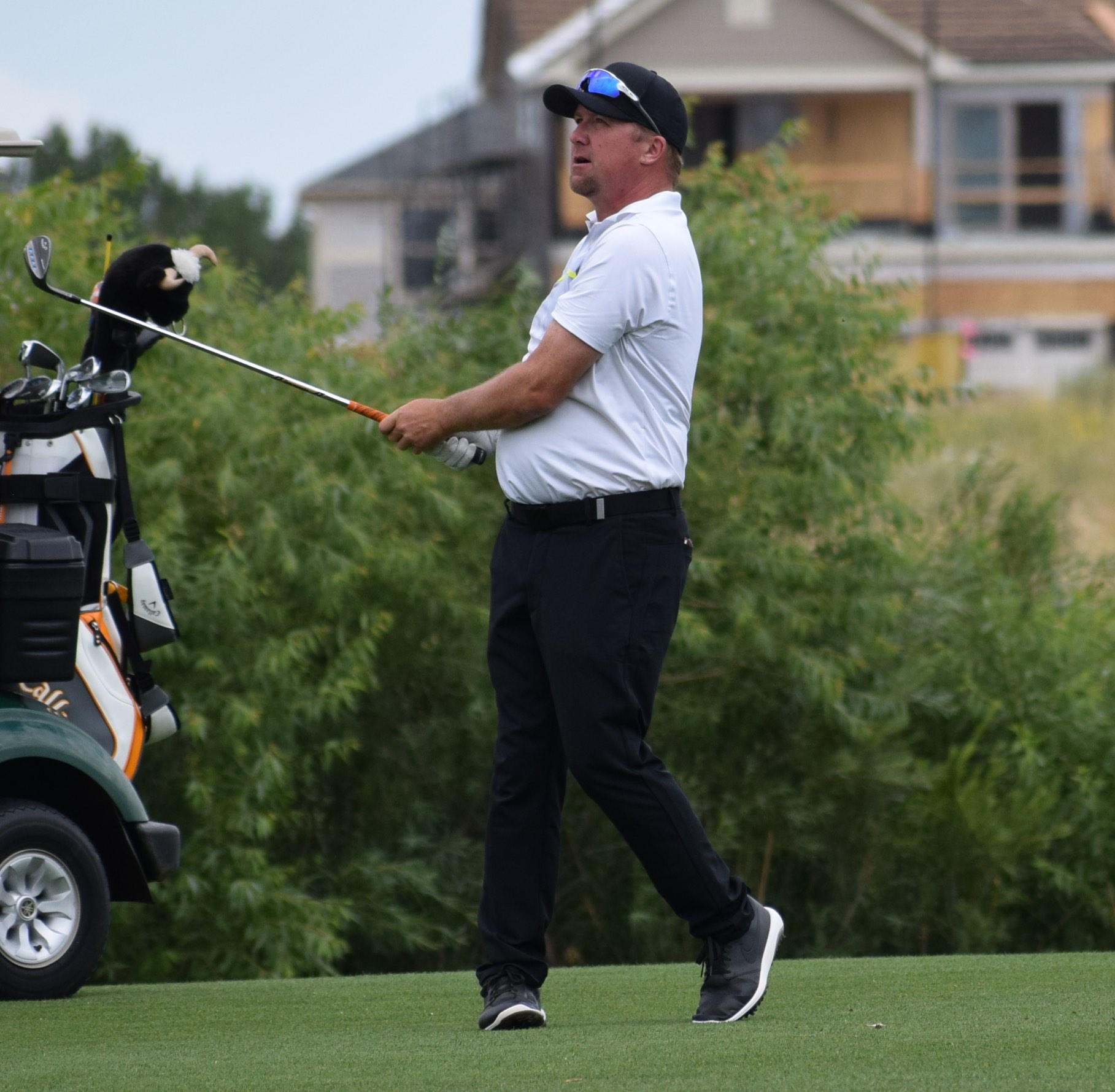 The top three players on the leaderboard after the opening round of the National Car Rental Colorado PGA Assistants Championship have won the event a remarkable nine times since 2005.

But so far this week, three-time champ Caine Fitzgerald of Meadow Hills Golf Course has set himself apart at Saddle Rock Golf Course in Aurora.

Fitzgerald, the Colorado PGA Player of the Year in 2013 and ’19, shot an 8-under-par 64 on Monday to grab a four-stroke lead going into the final round of the 36-hole event.

The left-hander birdied five of his last six holes and finished round 1 with an eagle, eight birdies and two bogeys.

Holding down second place after Monday is two-time defending champion Ben Lanting of Bear Creek Golf Club, who posted a bogey-free 68 that included an eagle and two birdies.

The only other player under par after the first round was Geoff Keffer of Lakewood Country Club, who’s won this tournament four times. Keffer opened with a 70, making three birdies and a bogey.

The championship will conclude on Tuesday.