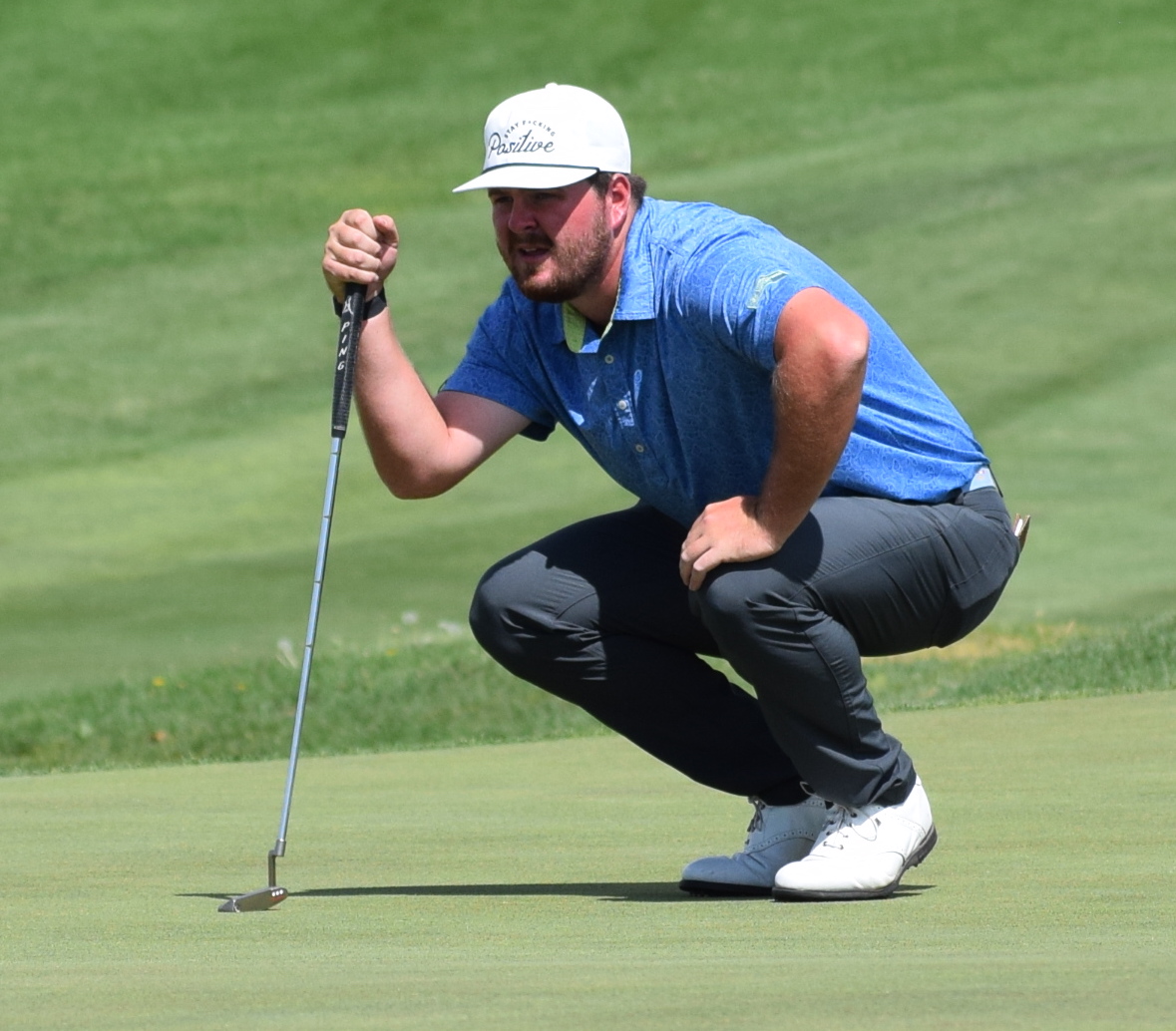 Kyler Dunkle jumped up the leaderboard with a 67 on Wednesday.

Halfway through second-stage tournaments of Korn Ferry Tour Q-school, two former CGA Players of the Year are in top six on the leaderboard, and a former Colorado School of Mines golfer is in the top 15.

The top 19 finishers and ties after four rounds in Albuquerque will advance to the final stage of Q-school, set for Nov. 4-7 in Savannah, Ga. All players who make it to final stage will earn at least conditional status on the Korn Ferry Tour in 2022.

After Wednesday’s second round, 2018 CGA Amateur champion Kyler Dunkle shares third place in the 72-man field. He shot a 4-under-par 67 at the University of New Mexico’s Championship Course, giving him a two-day total of 4-under 138 and leaving him three strokes behind the leader, Tom Lovelady of Jupiter, Fla. Dunkle carded five birdies and one bogey on Wednesday, giving him 10 birdies in two rounds.