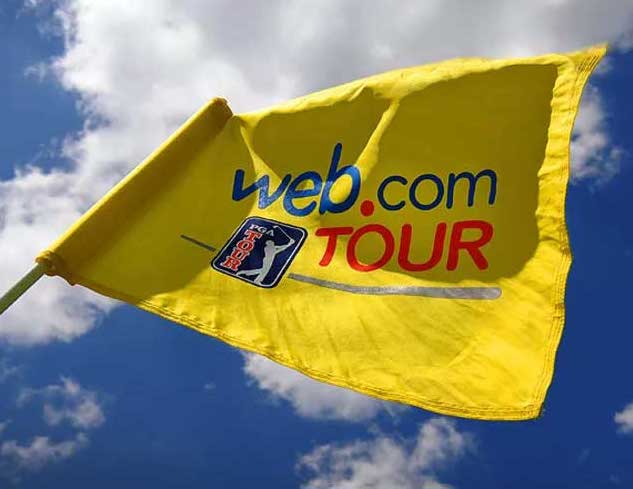 Creel, Cunningham make up some ground with 67s in final stage of Web Q-school

In the shootout that is the final stage of Web.com Tour Q-school, this is how it’s shaking out:

The two players with ties to Colorado and the area are 8 and 7 under par, respectively, at the halfway point of the four-round tournament in Chandler, Ariz. And yet neither is currently in the top 40 — what is necessary to receive exempt status on the 2019 Web circuit.

With leader Norman Xiong an amazing 16 under par through two rounds (65-63), Josh Creel of Cheyenne, who started his college golf career at the University of Colorado before transferring to Central Oklahoma, stands in 49th place at 8-under 136. And Boulder native George Cunningham, who grew up in nearby Louisville, is at 137 and in 65th place. Both Creel and Cunningham shot 5-under-par 67s on Friday.

On Friday, Creel fired a 6-under 30 on the front nine, but played the back in 1-over 37. He made seven birdies and two bogeys on the day.

Cunningham — grandson of the late Chuck Melvin, who played in six Colorado Cup matches — carded six birdies and one bogey in round 2. Cunningham already has some status on the Web circuit by virtue of finishing second on the PGA Tour Canada money list, but would like to improve on that.

Whitney, Brown Post Top-10s on Mini Tours: On Friday, former Fort Collins resident Tom Whitney scored his second top-10 finish of the week on the All Pro Tour in Texas. The former Air Force Academy golfer tied for third place on Friday at the Cypresswood Open-Cypress in Spring, Texas. That was three days after an eighth-place showing at the Cypresswood Open-Tradition tournament, also in Spring, Texas. In the event that ended on Friday, Whitney shot rounds of 65-68 for an 11-under-par 133 total and finished three strokes behind champion Michael Arnaud. The showing was worth $1,877 to Whitney. … Zahkai Brown of Golden placed eighth on Thursday in the Outlaw Tour’s Legacy Classic in Phoenix. The former CoBank Colorado Open champion went 67-72-65 for a 204 total that left him nine strokes behind winner Jeff Burton. Brown earned $1,350.