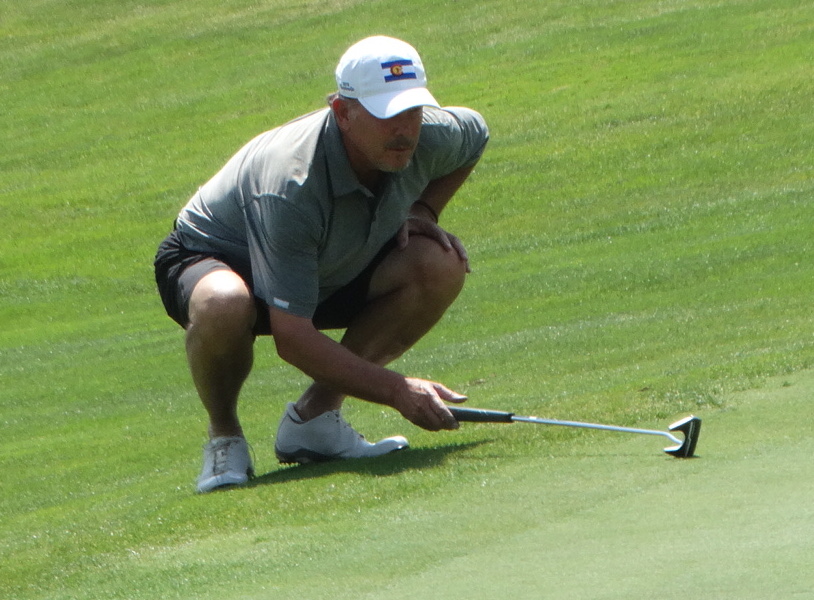 Now Sean Forey will have bookends for his trophy case.

Eight years ago, the golfer from The Club at Rolling Hills earned the CGA Senior Player of the Year Award. And this fall, the 65-year-old from Morrison has added the CGA Super-Senior POY honor for players 62 and older.

The CGA women’s players of the year were Mary Weinstein of CommonGround Golf Course (Player of the Year) and Kristine Franklin of Colorado National Golf Club (Senior Player of the Year). For more on their accomplishments, CLICK HERE.

Forey recorded two victories in CGA super-senior events in 2018 — at the Super-Senior Stroke Play and the super-senior division of the CGA Senior Four-Ball — with Scott Radcliffe.

At the Super-Senior Stroke Play in August at Perry Park Country Club, Forey notched a four-shot victory. After finishing second, third, fourth and fifth in previous appearances at the event, landing the title was a welcome outcome for him.

Besides his showings at the Super-Senior Stroke Play and the Senior Four-Ball, Forey was a semifinalist in the CGA Super-Senior Match Play and finished ninth in the CGA Senior Amateur that was won by 63-year-old Robert Polk.

Forey, the low amateur in the CoBank Colorado Senior Open in both 2008 and 2010, led the CGA super-senior points list this year.