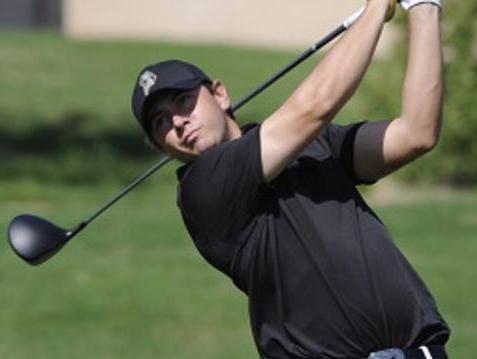 With the leaders on pace to finish more than 30 under par for four rounds, Josh Creel, a Cheyenne resident who started his college golf career at the University of Colorado befoe transferring to Central Oklahoma, moved into the top 40 after Saturday’s third round of the final stage of Web.com Tour Q-school in Chandler, Ariz.

Creel (left), who competed in four Web events in 2017 and posted one top-10 finish, shot a bogey-free 6-under-par 66 on Saturday and shares 37th place at 14-under-par 202. He trails co-leaders Norman Xiong, Jimmy Stanger and Andy Zhang by nine strokes going into Sunday’s final round.

On Saturday, Creel made an eagle and four birdies en route to the 66.

Meanwhile, Boulder native George Cunningham, who grew up in nearby Louisville, carded a 68 in round 3 to check in at 205 and in 66th place. Cunningham — grandson of the late Chuck Melvin, who played in six Colorado Cup matches — likewise went bogey-free on Saturday, making four birdies. The former Coloradan already has some status on the Web circuit by virtue of finishing second on the PGA Tour Canada money list, but would like to improve on that.