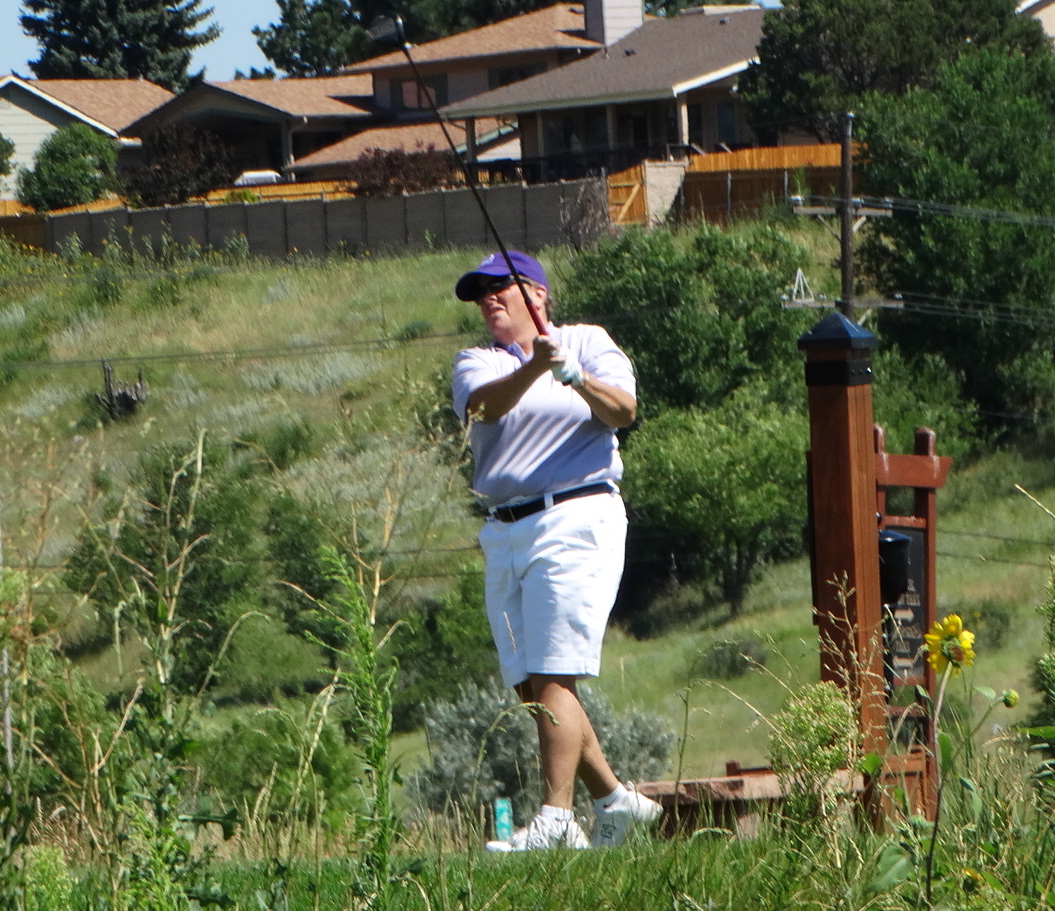 At age 60, Kim Eaton is one of the oldest competitors in the U.S. Women’s Mid-Amateur, and she hasn’t played in this national championship for seven years.

But that didn’t stop the Colorado Golf Hall of Famer from shooting an opening round of even-par 72 on Saturday in Flagstaff, Ariz., which left her in tie for 12th place out of 132 players with one round left in the stroke-play portion of the event.

Eaton (pictured) was one of four Coloradans in the top 50 after Saturday’s opening round. Joining her were Erin Houtsma of Denver (74, 26th place), Marilyn Hardy of Gunnison (75, 36th place) and Jessica Smith of Grand Junction (76, 45th place).

The top 64 players after Sunday’s second round of stroke play will advance to match play, which begins on Monday. The Women’s Mid-Am is limited to players 25 and older.

Eaton, a four-time quarterfinalist in the U.S. Senior Women’s Amateur, made two birdies and two bogeys on Saturday. She trails stroke-play co-leaders Caryn Wilson of Rancho Mirage, Calif., and Julia Potter-Bobb of Indianapolis by four.

Houtsma, a former CoBank Colorado Women’s Open champion who’s competing in her first USGA championship in 17 years, carded four birdies in her round of 74.

Here are the scores for all the players with strong Colorado ties competing in the U.S. Women’s Mid-Amateur: