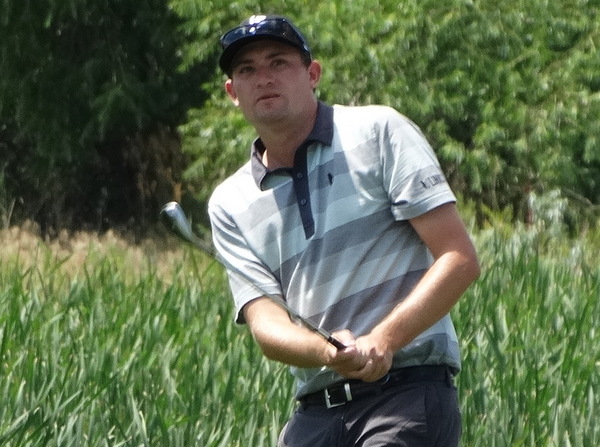 Exactly a decade ago this fall, Gunner Wiebe was accepting the CGA Les Fowler Player of the Year award. Ten years later — on Friday, to be exact — the Kent Denver graduate finds himself at the top of the leaderboard out of a 132-person field at the National Car Rental Assistant PGA Professional Championship in Port St. Lucie, Fla.

Wiebe, winner of the last two Southern California Assistant PGA Professional Championships, vaulted into first place in Florida with a 5-under-par 67. After two days of the 72-hole event, the 31-year-old from Los Angeles stands at 7-under 137 and with a one-stroke advantage.

Another player with Colorado connections — former University of Colorado golfer Justin Bardgett — is also in the top five after two rounds, sharing fourth place at 139. Bardgett, an assistant coach at the University of Illinois, shot a second-round 69.

One of the four Colorado PGA players competing in Florida made the 36-hole cut. Ryan Wroblewski of Cherry Hills Country Club shares 47th place at 148.

Here are the scores for all the Colorado players competing, along with Wiebe and Bardgett: