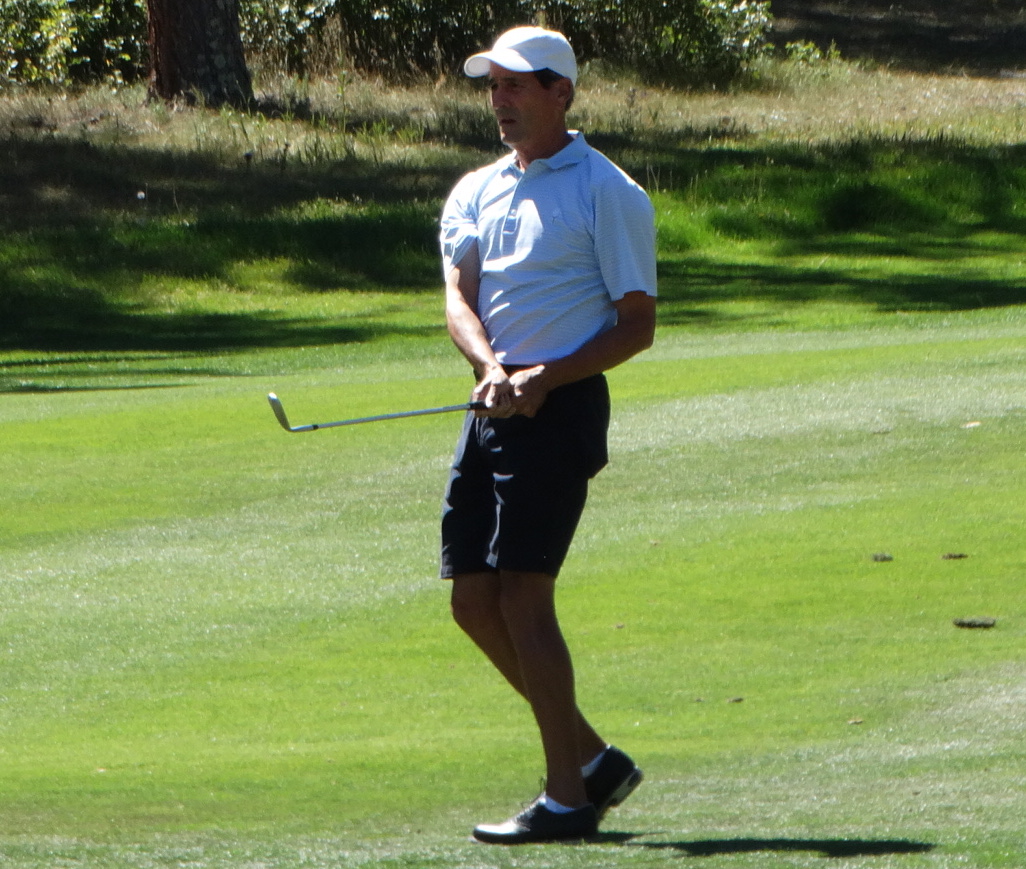 Five former champions are in the field for this week’s CGA Super-Senior Amateur. And perhaps it should come as no surprise that after one round of this year’s championship at the Olde Course at Loveland, four of them are in the top top five on the leaderboard.

Robert Polk of Colorado Golf Club, the 2015 winner of this event, made an eagle en route to a 3-under-par 69 on Thursday that gives him a two-stroke lead heading into the final round of the tournament for players 63 and older.

The only other player to break par on Thursday was 2017 champion Gary Albrecht of CommonGround Golf Course, who shot a 71 a week after qualifying for the U.S. Senior Amateur.

And rounding out the top five, 2014 winner Kary Kaltenbacher of Glenmoor Country Club shot a 1-over 73.

Polk (pictured), who won his fourth CGA Senior Amateur at age 63 last year, eagled the par-5 17th hole on Thursday to go with four birdies, a bogey and a double bogey.

Albrecht also overcame a double bogey as he also carded six birdies and three bogeys. He posted three 2s on his card.

Forey recorded one birdie and one bogey in his title defense. He also won this year’s CGA Super-Senior Match Play.

George recorded two birdies and two bogeys in round 1.

Only two golfers are competing in the masters division for players 73 and older. Both of them — Bob Walker of Boulder Country Club and Thomas Vickers of The Club at Crested Butte — opened with 7-over-par-79s.