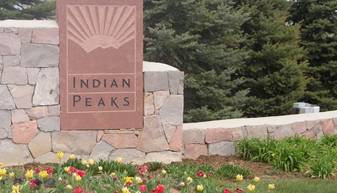 The final women’s championship of the CGA’s 2019 season will be played on Tuesday as Indian Peaks Golf Course in Lafayette hosts the CGA Women’s Club Team.

It will be the 16th playing of the Club Team, which utilizes an ABCD team stroke play format in which the gross score for all four team members are added together for a final result. The handicap index for an A player must be up to 12,  with the B player ranging from 10-20, the C from 18-28 and the D from 26-36.

Nine courses or clubs that have won the Club Team — accounting for 10 titles — are entered this year. That includes the only two-time champs, South Suburban Golf Course, which prevailed in 2014 and ’15.

The Club at Rolling Hills will defend its title, with two players back from the 2018 championship team — Andrea Grilli and Terry Reed — joining two new competitors this year: Ann Rodriguez and Lisa Roboff.

In all, 31 four-person teams are entered. Among the individuals scheduled to compete is Sue Hartwell (West Woods Golf Club), who made it to the round of 32 at the 2017 U.S. Senior Women’s Amateur.