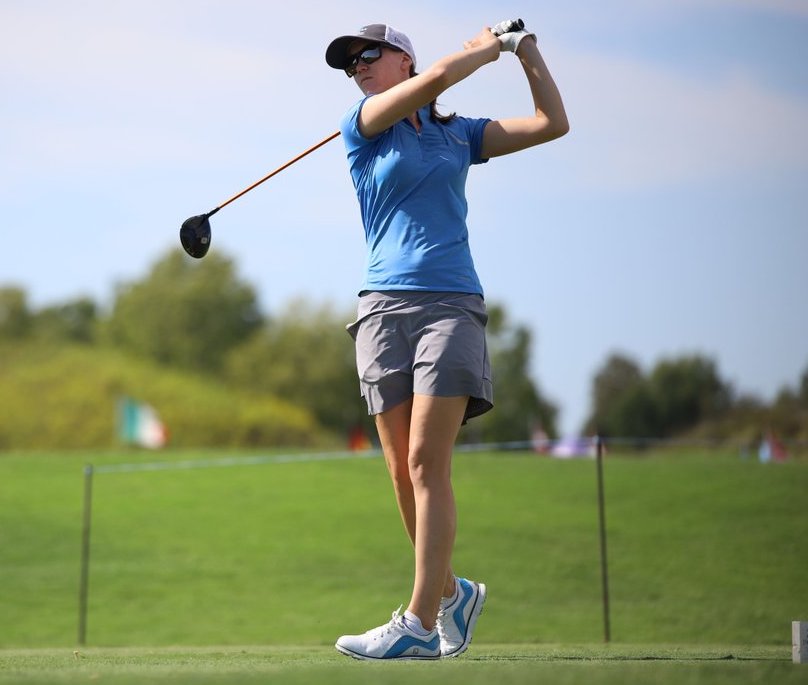 There are just two tournaments remaining in the 2019 Symetra Tour season, and two former University of Colorado golfers continue to be in good shape to earn 2020 LPGA Tour cards in a couple of weeks.

Jenny Coleman (pictured) helped her cause considerably with a runner-up finish Sunday at the Guardian Championship in Prattville, Ala. And fellow former Buff Esther Lee had a strong showing also, tying for 14th place.

Coleman closed with an 8-under-par 64, making nine birdies on Sunday, to finish at 13-under 203. That left her one stroke behind champion Laura Restrepo, who also carded a 64 on Sunday.

“It’s great to have these strong finishes — especially the middle of the season (and) toward the end I’ve caught fire,” Coleman said on SymetraTour.com. “It’s really important now to finish well to keep that gap moving up so not many people can chase me down. It is great to see what I can do and know I can score like this. Thirteen-under after three days and 8-under on the final round is pretty phenomenal. Want to keep pushing for more.”

Lee, whose 67 on Sunday left her at 209, has been similarly impressive in recent months. Since the end of May, she has recorded eight top-10s, including six top-4s.

— Former Castle Pines resident Esteban Toledo notched his best finish on PGA Tour Champions in over two years by tying for seventh on Sunday at the Sanford International in Sioux Falls, S.D.

After opening with a 72, Toledo went 66-67 on the weekend to check in at 5-under-par 205. That left him four strokes behind champion Rocco Mediate.

Toledo made eight birdies on the weekend, with his only bogey of the final two rounds coming on his last hole of the tournament.