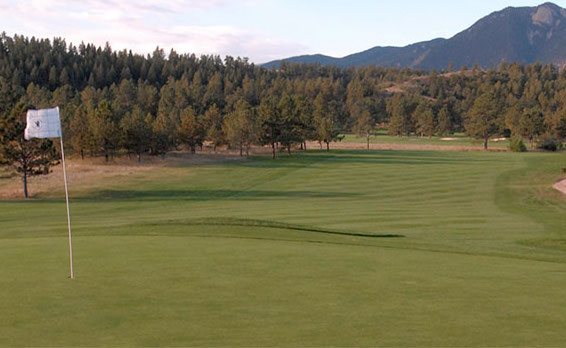 The Blue Course at Eisenhower Golf Club had hosted the Gene Miranda Falcon Invitational — which previously went by two other names — for 51 consecutive years until having its streak broken this fall college season due to Covid-19-related safety concerns.

Traditionally, most of the state’s five NCAA Division I men’s golf teams — including the host Air Force Academy Falcons — start the college season by competing at the event at the Academy in the first half of September.

In addition, Eisenhower’s Blue Course was supposed to make some history this past summer when it had been scheduled to be the first U.S. military course to host a USGA championship. But that, too, was nixed for Covid reasons.

Despite those letdowns, the Eisenhower Blue did receive some national recognition this week — albeit of the type that has become an annual ritual for the course.

On Monday, Golfweek’s published its list of the top 30 campus courses in the country, and once again the Blue Course made the grade. Specifically, the 61-year-old Robert Trent Jones Sr. design checked in at No. 22 on the list.

The Eisenhower Blue moved up three spots in the rankings compared to 2019, thanks to Golfweek course raters.

The Yale Golf Course in New Haven, Conn., remained in the No. 1 slot. For Golfweek’s entire list, CLICK HERE.