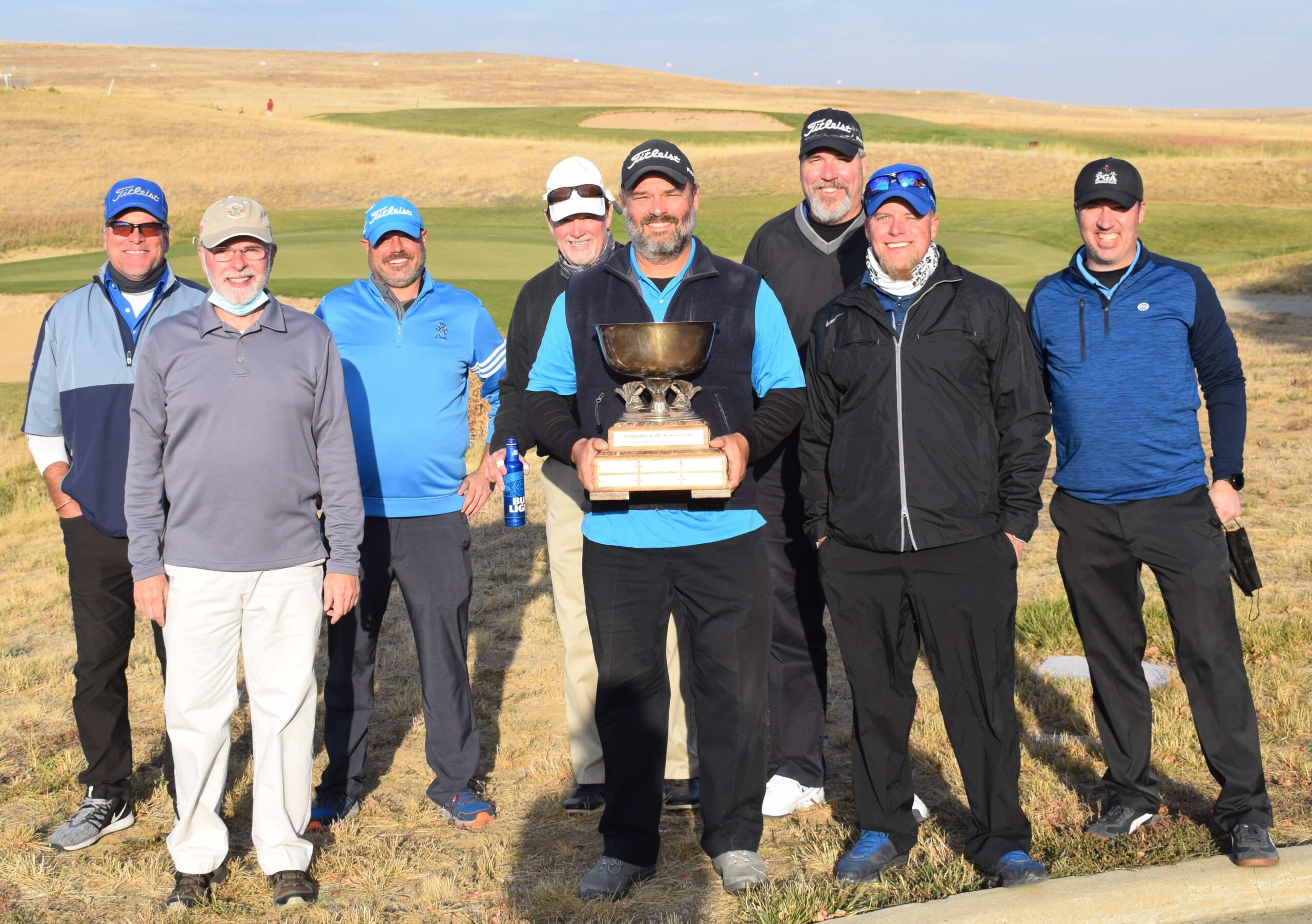 In other words, champs have emerged from big cities to very small towns, covering a large swath of Colorado.

And on Saturday, a little further diversity was added to the list as Longmont-based Ute Creek Golf Course prevailed for the title in the season-long competition, completing the 11th year of the Team Interclub.

So does this give the Ute Creek men’s club some bragging rights for the next year?

“I sure hope so,” said assistant captain Mark Berdovich, who was at the helm on Saturday as captain Frank Rich was out of town. “We’re certainly going to leverage it in the city of Longmont, I can promise you that. We’re going to remind our friends at Sunset and Twin Peaks that we are the champions. I promise you that that will happen.”

Added fellow Ute Creek contestant David Soule: “I think (the Interclub title) plays more in Longmont. Now Ute Creek men’s club has set the bar, and it’s up to Twin Peaks and Sunset to meet us at that apex.”

Ironically, while Ute Creek won five of its six matches through the course of the 2020 season, its lone loss was to crosstown course Sunset in the season opener, 17-7. Sunset was ousted in the Team Interclub semifinals by Riverdale, which prevailed through a tiebreaker after the teams were knotted 12-12 in regulation.

The CGA Team Interclub is unique among CGA championships. Every other championship on the schedule is contested over the course of one to five days. The Team Interclub, on the other hand, typically lasts about five months, with a regular-season round-robin of geographically-linked groups of teams starting things off, followed by an eight-team single-elimination playoff held in late summer and early fall.

In Saturday’s finals, Ute Creek and Riverdale split the four four-ball matches, but the Longmont course prevailed in all but one of the eight singles matchups.

Individuals who won both their singles and four-ball matches on Saturday were Ute Creek’s Jeff Coleman, Jason Caquelin, Soule and Matt LeCert, along with Riverdale’s Bradd Kothe.

In the case of Soule, he won a CGA championship about two months after his son, former University of Denver golfer Charlie Soule, claimed the CGA Four-Ball title with partner Charlie Sahlman.

“Both Charlie and I are athletic and are competitors,” David Soule said. “It’s very nice that I can say we both had a successful season. It’s funny because Charlie has helped me with my swing, and I hit the ball pretty well today.

“This (event) was a lot of fun. There’s a lot of camaraderie, even though you’re competing. And I think match play promotes that.”

Riverdale finished its season with a 4-2 record.

“We were the No. 7 seed coming in (to the playoffs), so we’ve been playing on house money the whole thing pretty much,” Riverdale captain LeRoy Mekelburg said. “To get where we got was fun.

“The pod we were in (for the regular-season round-robin), we pretty much beat up on each other so I didn’t even think we’d make the playoffs, to be honest with you, when we finished second in the pod. But this is a fun event and we enjoyed playing in it.”

As for Ute Creek, Berdovich gave plenty of credit for the team’s season-long success to Rich, the UC captain.

“I’ve got to give props to Frank Rich,” Berdovich said. “He assembled all the teams through the course of the year. We wouldn’t be here without his decision-making. He figures out how to put this clown show together in the right combination.”

Berdovich, by the way, was 3 down with four holes to play in his singles match on Saturday before winning the last four holes for a 1-up victory.

“This (event) was great for all of us,” he said. “There’s maybe 14-15 guys (who compete in the Interclub over the course of a season for Ute Creek) out of a relatively small club that just came together and made it happen.”

This year’s original CGA Team Interclub field featured 19 teams. The record number of team entrants for the event was 64 in 2013.