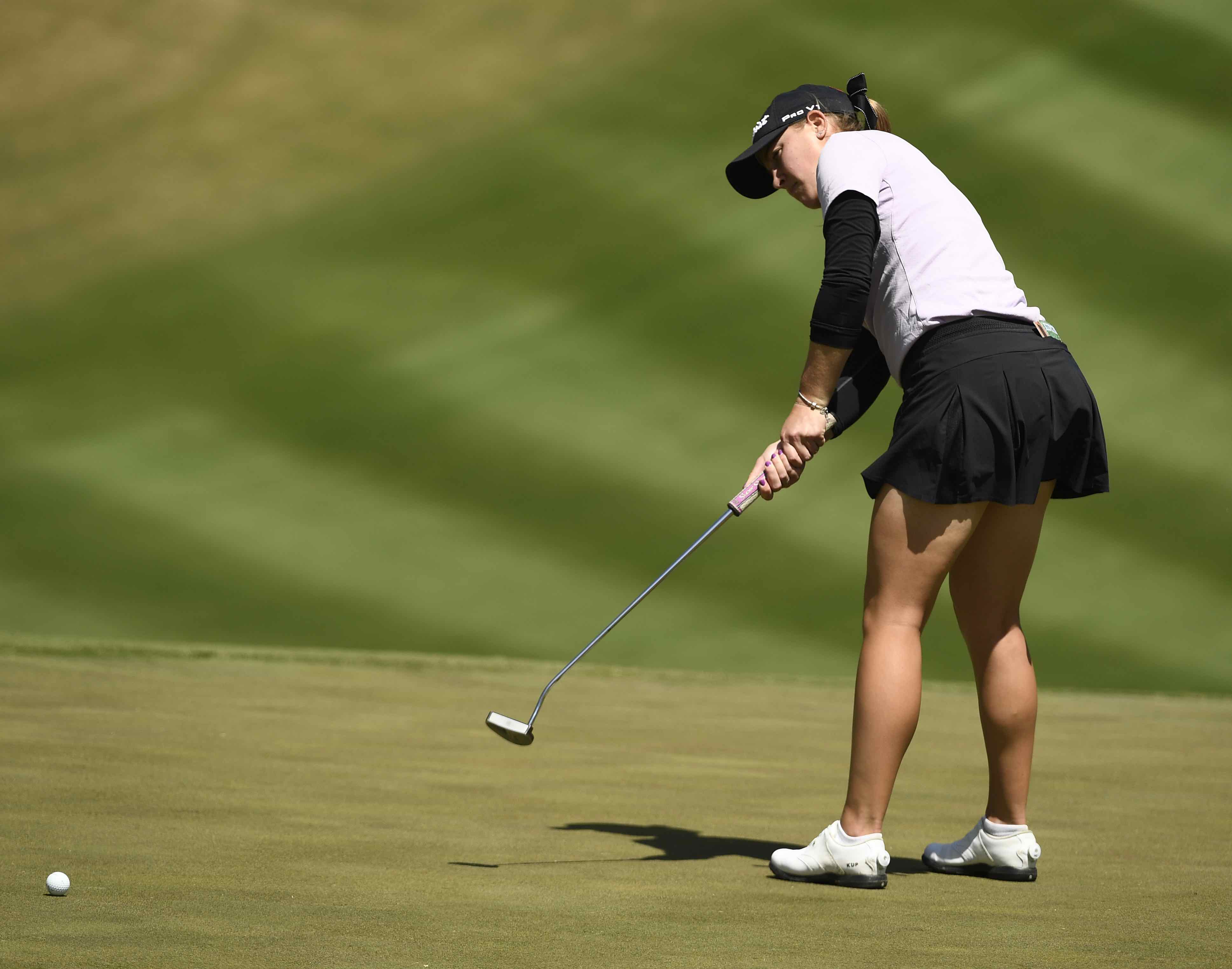 It isn’t often that Jennifer Kupcho goes a day of tournament golf without making a birdie.

Especially when that day includes 21 holes.

But such was the case for the Coloradan on Saturday at the U.S. Women’s Open, where she made the cut in her pro debut but lost considerable ground in Charleston, S.C.

The 2019 Augusta National Women’s Amateur champion shot a 5-over-par 76 in the third round and went 6 over for the 21 holes she played on Saturday. Her 6-over 219 total left her in 63rd place going into the final round, 13 strokes behind leader Yu Liu of China.

Kupcho made three bogeys and a double bogey in round 3.

The former NCAA individual champion from Wake Forest will complete all four rounds at a U.S. Women’s Open for the second time in three tries. And of course this time that will result in the first tournament paycheck for Kupcho, who finished second in qualifying for the LPGA Tour at last fall’s Q-Series then deferred taking membership until completing her senior season at Wake Forest.