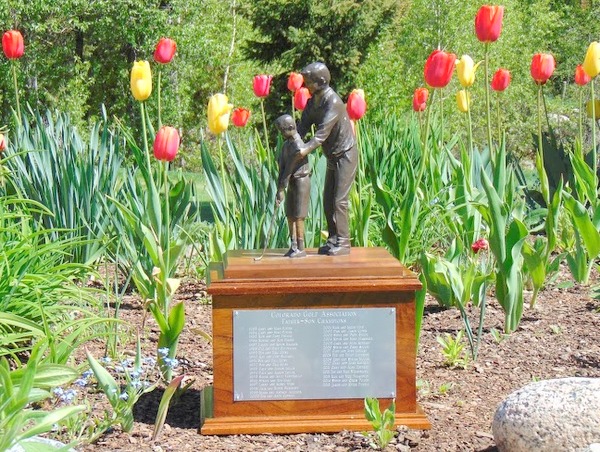 For almost 16 months — four months longer than normal — Bill and Will Fowler have been able to say they’re the reigning champions at the CGA Parent-Child Championship. But now it’s time to prove themselves on the course once again.

Bill Fowler, a former CGA president who won his ninth CGA championship title earlier this year, and son Will won the Parent-Child in early June of last year. They were scheduled to defend their title in late May, but Covid-19 protocols in Eagle County at the time prevented the tournament from coming off then. So it was re-set for this weekend, with Eagle Ranch Golf Club still hosting.

The Fowlers will be one of 50 two-person teams competing at Eagle Ranch. Among those eligible are father-sons, father-daughters, mothers-sons, mother-daughters and grandparents and grandkids.

Among the other former champions entered are Guy and Nicklaus Mertz (2018 winners) and Chris and Steve Dillon (2014). Robin Bradbury won in 1998 with his dad Jack and now will partner with son Criss.

The 36-hole Parent-Child will feature a Modified Chapman format on Saturday, with both players from a team teeing off and playing their second shots with their partner’s ball, then selecting one ball to play alternately into the hole. On Sunday, it will be Foursome Stroke Play, with players alternating shots from the tee until the ball is holed.

Besides overall titles being at stake this week, the Loel & Caleb Lierman Award will be given to the team that includes a player 18 or younger with the lowest 36-hole gross score.