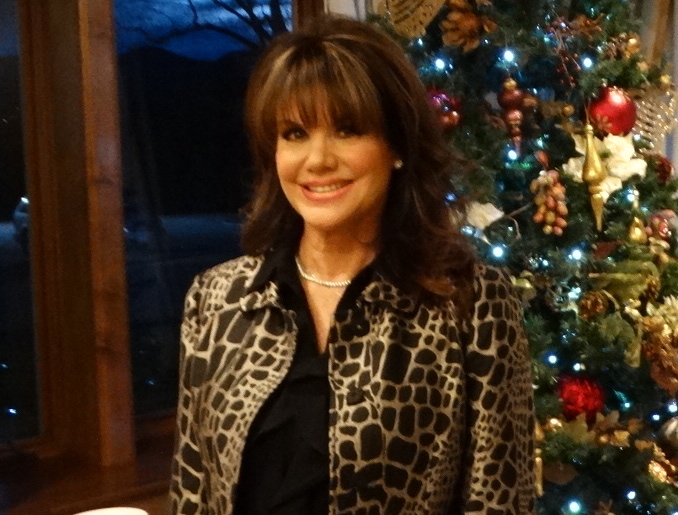 Janene Guzowski ‘the right person at the right time’ to be CGA president; she’s one of a growing number of women in leadership roles in Colorado golf

When it comes to women assuming major leadership roles in Colorado golf organizations — ones traditionally held by men — the last five years have marked a seismic shift in the landscape.

— In 2014, Leslie Core-Drevecky became the first female president of the Colorado PGA.

— A year ago, when the CGA and CWGA joined forces and became one organization, Juliet Miner and Joe McCleary agreed to serve one year as co-presidents of the CGA, with Miner becoming the first female president of the association.

— This fall, Colorado Golf Hall of Fame inductee Janet Moore was chosen the new president of that organization. Moore is a five-time winner of the CGA Women’s Stroke Play Championship.

— Also this fall, Molly Greenblatt was selected chairperson of the board for the Colorado Open Golf Foundation, which adminsters the CoBank Colorado Open Championships and The First Tee of Green Valley Ranch. Greenblatt earned low-amateur honors in the 1999 Colorado Women’s Open.

— On a national level, last month Suzy Whaley became the first female president of the PGA of America.

— Then last week, Janene Guzowski (pictured) was elected president of the CGA’s volunteer board of directors, becoming the first woman to hold that position outright. It was just over two years ago that Guzowski and Tracy Zabel became the first women to serve on the CGA board. Before the CGA and the CWGA started down the road of integrating — at the behest of the USGA — “we were operating under the understanding with the CWGA that if there were any talented women that were being considered, the CWGA would sure appreciate the opportunity to have them join their board,” CGA executive director Ed Mate said. “And that would happen a lot. We’d have a woman we thought highly of, and we’d steer that individual to the CWGA.”

But nowadays, with the boards of the CGA and CWGA having merged a year ago, roughly 40 percent of the CGA board in 2018 were women. That will remain true in 2019. And next year, three members of the Executive Committee will be women, with Guzowski joined by Dana Murray (secretary) and Miner (past president). To see the CGA’s 2018 volunteer leadership, CLICK HERE.

Asked her impression of women taking more leadership roles in Colorado golf, Guzowski said, “It’s a phenomenon, and to me it represents what happened last year with the historic merger of the CGA and the CWGA. Women are coming forward and people are giving us a chance to show everybody what we can do with golf in Colorado. It’s not strictly a man’s world anymore with golf or anything else for that matter. For us it’s an amazing growth and coming together in Colorado golf.”

The CGA has obviously experienced major changes over the last year, and Mate is among those who see the selection of Guzowski as the association’s new president as ideal in several respects.

“We have a lot of positive momentum with the integration and we just want to continue that as we have a lot of work yet to be done,” Mate said. “Having a strong, positive leader like Janene, it became obvious she was the right choice. This was the decision of the Nominating Committee, chaired by Doak Jacoway. They looked at the talent and looked at the situation and what does the organization need right now, and Janene was the clear, head-and-shoulders choice for the job at this point in time.

“She has the right set of skills. She personable. She loves caddies; that’s been her passion. The work she does with the Western Golf Association (which administers the Evans Scholarship for caddies) is also part of our mission. She was the right person at the right time.”

Though McCleary ended up serving three years as CGA president/co-president — while Miner did two as CWGA president and one as CGA co-president — traditionally CGA presidents have served two consecutive one-year terms. That was the case for every president from 2000 through 2015, and likely will be true for Guzowski as well.

“I hope to take us into the new year strong,” said Guzowski, a resident of the Cherry Creek area of Denver who belongs to Lakewood Country Club and Frost Creek in Eagle and owns a 15 handicap. “The committee chairs are all picked and they’re all off and running. I have some big shoes to fill after Joe and Juliet. I have four huge shoes to fill. They were instrumental in bringing the CGA and the CWGA together and they’ve led strongly and wonderfully through the process. I’m looking forward to taking what they have done and running with it.”

Guzowski, a graduate of Southern Methodist University who sells the Carlisle clothing line, is certainly no stranger to being in golf leadership roles on boards traditionally dominated by men. As mentioned, she was one of the first two women on the CGA board. She was also the first female director in Colorado for the WGA, joining that organization in 2011. In addition, she was the first female chairperson of the caddie committee at Lakewood Country Club.

“She’s the most likeable person,” Mate said of Guzowski. “She made it so comfortable for everybody. Let’s be honest: There’s a patriarchal culture, but she came in and didn’t miss a beat (in the WGA role). Now there are more women being considered for director’s positions around the country, and she was a pioneer in that respect.”

Guzowski also has served on the Colorado Golf Hall of Fame board since 2015.

As Guzowski begins her term as the CGA president, we conducted a Q&A with her last week. Here’s some of that conversation:

Q: How does it feel to be one of first women to become president of the CGA?

Janene Guzowski: “Of course, I’m honored and I’m humbled. I’m looking forward to leading the united group (after the merger of the CGA and the CWGA) and serving golf in Colorado for all people. I’m just thrilled. It’s going to be a learning experience for all of us.”

Q: Whenever you were first approached about possibly taking the role as president, what compelled to say yes?

JG: “I didn’t say yes right away. I was first of all very stunned. I understand the reason why they have asked me. I needed to see what kind of time commitment was involved, which is a lot. I’m approaching it as a full-time unpaid job. It already is. I had to think about it, talk to my husband (Alan). I have an 82-year-old gorgeous mother who I spend a lot of time with. I assume it’s going to take some time away from everybody — friends, family — and I wanted to make sure that it was OK with everybody.

“Of course, I was honored and flattered. I feel I can do a good job and do what they’ve asked me to do and expect me to do — and I’m excited to go forward.”

Q: What are your priorities for your time as president?

JG: “We’re introducing our new branding, our new logo, which is amazing. That will all come out at the end of January, and I look forward to representing that logo and getting it out there for people to look at and know what it stands for. I’d like to work with a lot more women’s groups and getting more women involved with the CGA. I’d like to have tournaments that serve a broader range of mainly men — a handicap or flighted tournament for a golfer of any handicap, which we don’t have right now with the CGA. Women have all kinds of (those types of) tournaments, but there aren’t any for the men. I’d like to see if we can get one of those tournaments implemented (possibly for 2020 or 2021). I’d like to have a co-ed tournament sponsored by the CGA open to all level of players as well. Those are some top issues for me.”

Q: Caddies are close to your heart. Will that be another priority for you, whether it be the Solich Caddie & Leadership Academy at CommonGround Golf Course or the Evans Scholarship at CU or whatever the case may be?

JG: “I’ve been on the caddie committee at Lakewood Country Club for 18 years. I chaired the committee for five years on and off. Next year will be my ninth year on the board of directors for the WGA. I’ve work with the Solich Caddie Academy kids. I was the chairman of the Caddie Development Committee for the CGA. All that will continue. It’s all near and dear to my heart.

“I was put on the caddie committee at Lakewood Country Club 18 years ago and watching these 13- and 14-year-old children — they’re children at the time — being trained to be a caddie, trained to talk to adults, trained to get up and be at a job at 6:30 in the morning … These kids are trained to be accountable and to have a future job throughout high school and perhaps college. Watching these kids grow and mature, talking to them about the Evans Scholarship and the possibility of getting full-ride tuition at CU, it changes children into adults and it’s an amazing thing to see. I’ve enjoyed it and will continue to enjoy it. I enjoy training caddies (left), I take caddies, I keep in touch with caddies. It’s going to continue to be a big thing for me. One of my favorite things that Ed Mate always says is the ‘C’ in CGA stands as much for caddies as it does for Colorado. That’s perhaps one of the reasons I became so involved so quickly because I have that same love that Ed does.”

Q: Having been on the CGA board, how do you think the integration of the CGA and CWGA has gone?

JG: “It could not have gone better. Joe and Juliet are now almost best friends. They got along so famously. I love Juliet’s analogy of a marriage. She gave up her name, her bank account, she moved. The CGA offered the CWGA so much in return for what they gave up. Golf in Colorado is going to be so much better for everybody. The Colorado Golf Association is all people, all ages — women, kids, men, people of all backgrounds and all inclusive of golf — whereas it wasn’t in the previous years.”

Q: What’s been your experience like since joining the CGA board in September 2016?

JG: “I think it’s one of the best boards I’ve ever served on. I think the Colorado Golf Association is the best golf association in the United States if you ask me — not that I’ve served on other ones. But in comparison to other boards I sit on, it’s organized and it runs smoothly. The staff … Ed Mate is amazing as our executive director. Meetings are run efficiently and timely. The issues that are brought up are important for golf in the state of Colorado. The talent on the board itself, there’s so much talent that can be tapped. I hope to do that as well; I hope to bring out the best in every person on the board, to get them involved in volunteering. There are so many smart, intelligent, talented people to work with. It’s thrilling.”