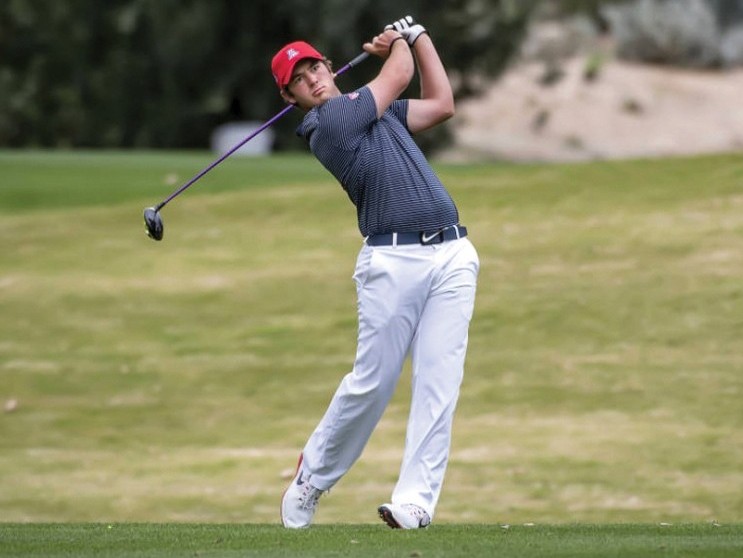 Boulder native George Cunningham, who grew up in nearby Louisville, went 2-0-1 this week in the Go Vacaciones Cozumel Cup between top members of PGA Tour Canada and PGA Tour Latinoamerica in Cozumel, Mexico.

Cunningham (left) — grandson of the late Chuck Melvin, who played in six Colorado Cup matches — finished No. 2 on the Canadian money list in 2018, which earned him status on the Web.com Tour for 2019.

In Saturday’s singles, Cunninham halved with Latinoamerica’s Marcelo Rozo in a back-and-forth match in which Rozo led most of the front nine and Cunningham was 2 up after 13 holes. But after Rozo went 1 up with a birdie on No. 17, Cunningham won 18 with a par to earn the halve.

In Thursday’s four-ball, George Cunningham and Sam Fidone defeated Nicolas Echavarria and Rozo, 2 and 1, rallying after being 2 down after eight holes.

And in Friday’s foursomes, Cunningham and Zach Wright beat Austin Smotherman and Matt Gilchrest, 2 up, after winning the last two holes with pars.

For all the results from the Cozumel Cup, CLICK HERE.