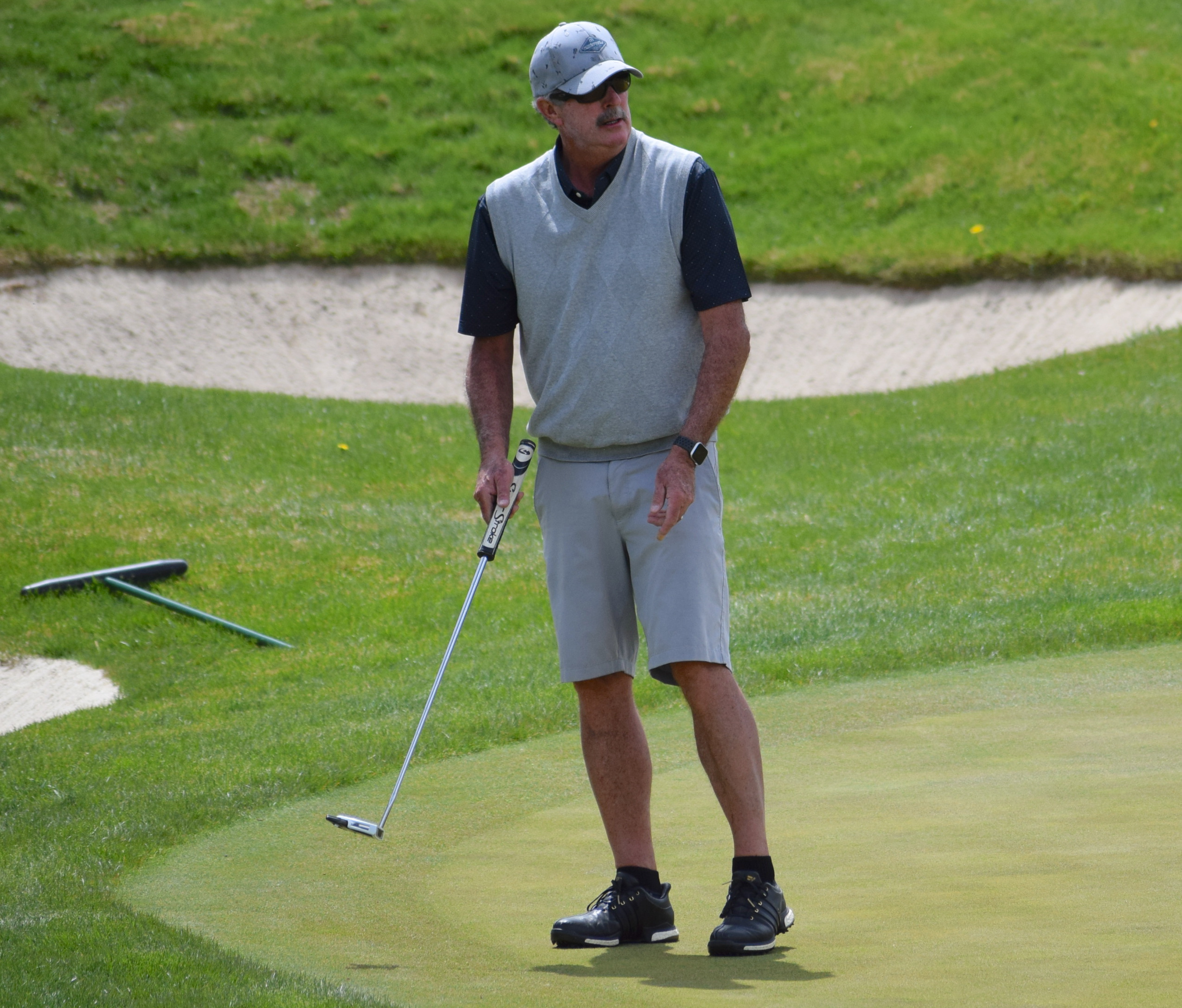 A year after finishing runner-up in the CGA Senior Four-Ball, John Hornbeck (pictured) is seeking the title with new partner Robin Bradbury.

Robin Bradbury of Omni Interlocken Resort and partner John Hornbeck of Wyoming posted the best score of the tournament so far — by two shots — on Wednesday to grab a two-stroke advantage going into the final day of the CGA Senior Four-Ball Championship at Thorncreek Golf Course in Thornton.

Bradbury and Hornbeck fired a bogey-free better-ball score of 8-under-par 64, leaving them at 11-under 133 and with just one opponent closer than five shots of the lead.

Bradbury, a past CGA Senior Player of the Year who qualified for the U.S. Senior Open two years, and Hornbeck, who has won a CGA Senior Amateur and a CGA Senior Match Play in the last three years, recorded eight birdies in Wednesday’s round. Bradbury recorded five birdies on Wednesday and Hornbeck four, with both of them making 2s on the seventh hole.

Hornbeck was runner-up in the Senior Four-Ball last year with then-partner Victor Minovich.

Steve Ivan and Bruce Hogg of Patty Jewett Golf Course sit in second place at 135 after a bogey-free 67 on Wednesday. Ivan, the CGA Senior Player of the Year twice in the past three years, parred his final 13 holes in round 2. Hogg won the CGA Senior Four-Ball in 2014 with David Delich.

Colorado Golf Hall of Famer Mark Crabtree of Harmony Club and University of Northern Colorado men’s golf coach Roger Prenzlow of TPC Colorado sit in third place, five back of Bradbury and Hornbeck, after an even-par 72 on Wednesday. The first-round leaders carded two birdies and two bogeys in round 2.

Defending champions Robert Polk of Colorado Golf Club and Bill Fowler of The Club at Rolling Hills, winner of three of the past five Senior Four-Ball titles, stand in 15th place at 143 after a second-round 70.

The Senior Four-Ball is limited to players 55 and older. In the super-senior division, in which both teammates must be at least 65, Crabtree and Prenzlow lead, but now just by one stroke over  Robert Cloud of CommonGround Golf Course and Jim Reynolds of Bear Creek Golf Club, who fired a 70 on Wednesday that included four birdies and two bogeys.

The 54-hole Senior Four-Ball will conclude on Thursday.