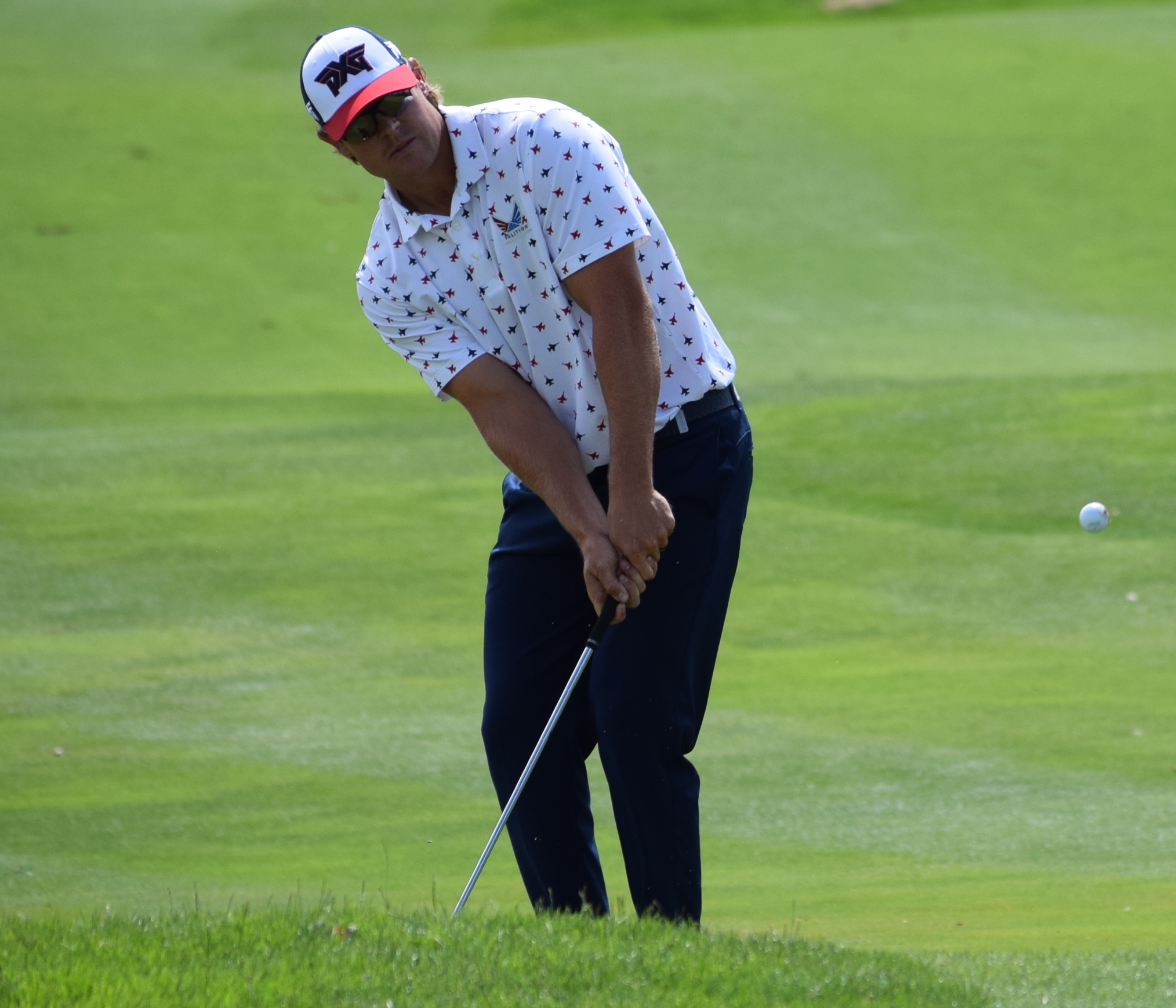 Kyle Westmoreland made an eagle and eight birdies in his second round of final qualifying in Dallas.

It was a long slog, but the wait was certainly worth it for Kyle Westmoreland.

The former Broomfield resident, once a standout golfer at the Air Force Academy north of Colorado Springs, qualified for his first U.S. Open in stellar fashion on Monday and Tuesday.

The 36-hole qualifier in Dallas was supposed to be completed on Monday, but heavy rains led to delays on both days, resulting in play not being completed until Tuesday evening.

After posting a 2-over-par 72 at the Blue Course at Dallas Athletic Club on Monday, things didn’t look good for Westmoreland to land one of the 10 U.S. Open berths available out of the field of 115 that featured some PGA Tour players. But he roared back in round 2 at DAC’s Gold Course, firing a 9-under-par 63 that included an eagle on a par-4, eight birdies and one bogey. It was the low round for the event at the Gold Course.

When they added them all up, Westmoreland finished at 7-under 135 and in a tie for fourth place. He ended up two strokes behind co-medalists — and amateurs — Matthias Schmid of Germany and Matthew Sharpstene of Asheville, N.C. Schmid plays his college golf at the University of Louisville, with his first three seasons being under now-retired coach Mark Crabtree, a Colorado Golf Hall of Famer.

Westmoreland, Schmid, Sharpstene and their fellow qualifiers thus will have a tee time for the U.S. Open starting June 17 at Torrey Pines’ South Course in San Diego.

Though Westmoreland hasn’t previously played in the U.S. Open, he has competed in two PGA Tour events in the 2019-20 PGA Tour season, missing the cut at both the Military Tribute at The Greenbrier and the Waste Management Phoenix Open. He’s also made three Korn Ferry Tour starts — all in 2019 — with a best finish of 25th place.

Here are the scores for all the Coloradans and former Coloradans who competed in the Dallas U.S. Open final qualifying. (a-indicates amateur):

Nine additional U.S. Open final qualifying tournaments are set for June 7. Fourteen players with strong Colorado connections who advanced through local qualifying will tee it up then, along with several other locals who were exempt from the first stage of qualifying.

For all the scores from the U.S. Open final qualifying in Dallas, CLICK HERE.