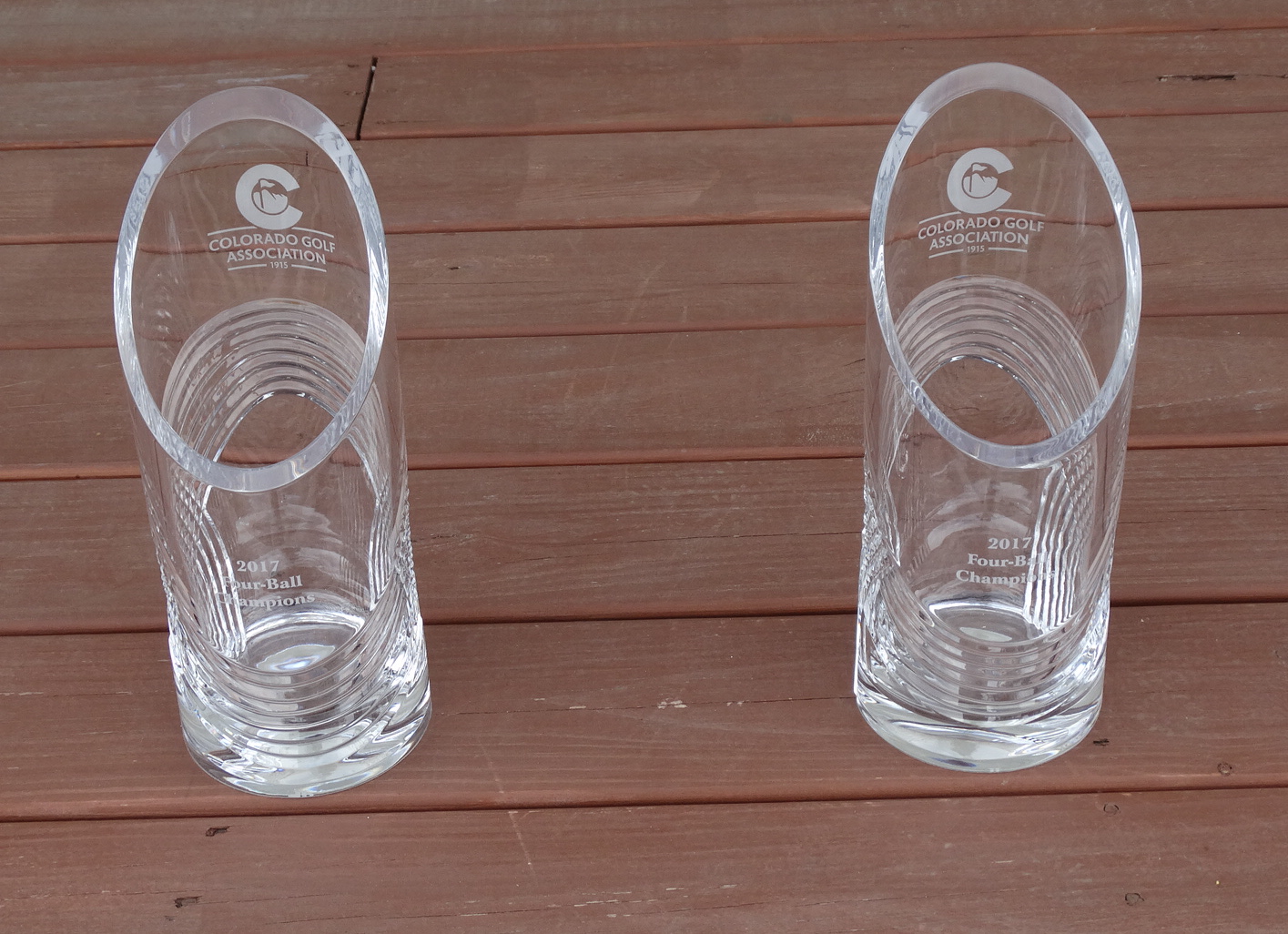 The winners of the last two CGA Four-Ball Championships have set scoring records for the event, and it’s very possible the streak will reach three on Sunday.

The new standard was established in 2019 by Nick Nosewicz of CommonGround Golf Course and Andrew Maier of Green Valley Ranch Golf Club as they finished at 26 under par for three days.

It’s anyone’s guess as to how things will play out in Sunday’s final round at Legacy Ridge Golf Course in Westminster, but three teams are on pace to better last year’s total as they stand at 18 under after 36 holes.

Whatever the case, things are shaping up for a very competitive final day as three teams share the lead and another two are just a stroke behind.

First-round leaders Tyler Bishop of Ptarmigan Country Club and Ryan Burke of Twin Peaks Golf Course are tied at the top of the leaderboard at 18-under-par 126 with Charlie Soule of CommonGround Golf Course and Charlie Sahlman of Cherry Creek Country Club, and Jared Baldwin of Bear Creek Golf Club and Matt Evelyn.

Baldwin and Evelyn fired a 10-under-par 62 on Sunday in the scratch better-ball event — the same as Soule and Sahlman — while Bishop and Burke carded a 66.

Soule, a former University of Denver golfer, and Sahlman, who qualified for last year’s U.S. Mid-Amateur Championship, each eagled a par-5 on Saturday. And they added seven better-ball birdies and one bogey.

Evelyn and Baldwin carded 11 birdies and one bogey in round 2.

Bishop and Burke, who posted a 60 on Friday, started slowly on Saturday, parring their first eight holes, but then chalked up five birdies — and one bogey — before closing with an eagle by Bishop.

The two teams one stroke out of the lead feature very successful mid-am players. At 127 are Ryan Axlund of Valley Country Club and Matthew Gutowski of Coal Creek Golf Course, and Chris Thayer and Bryan Rusin of Green Valley Ranch Golf Club. Axlund and Gutowski fired a 63 on Saturday as Axlund eagled No. 18, and Thayer and Rusin a 65.