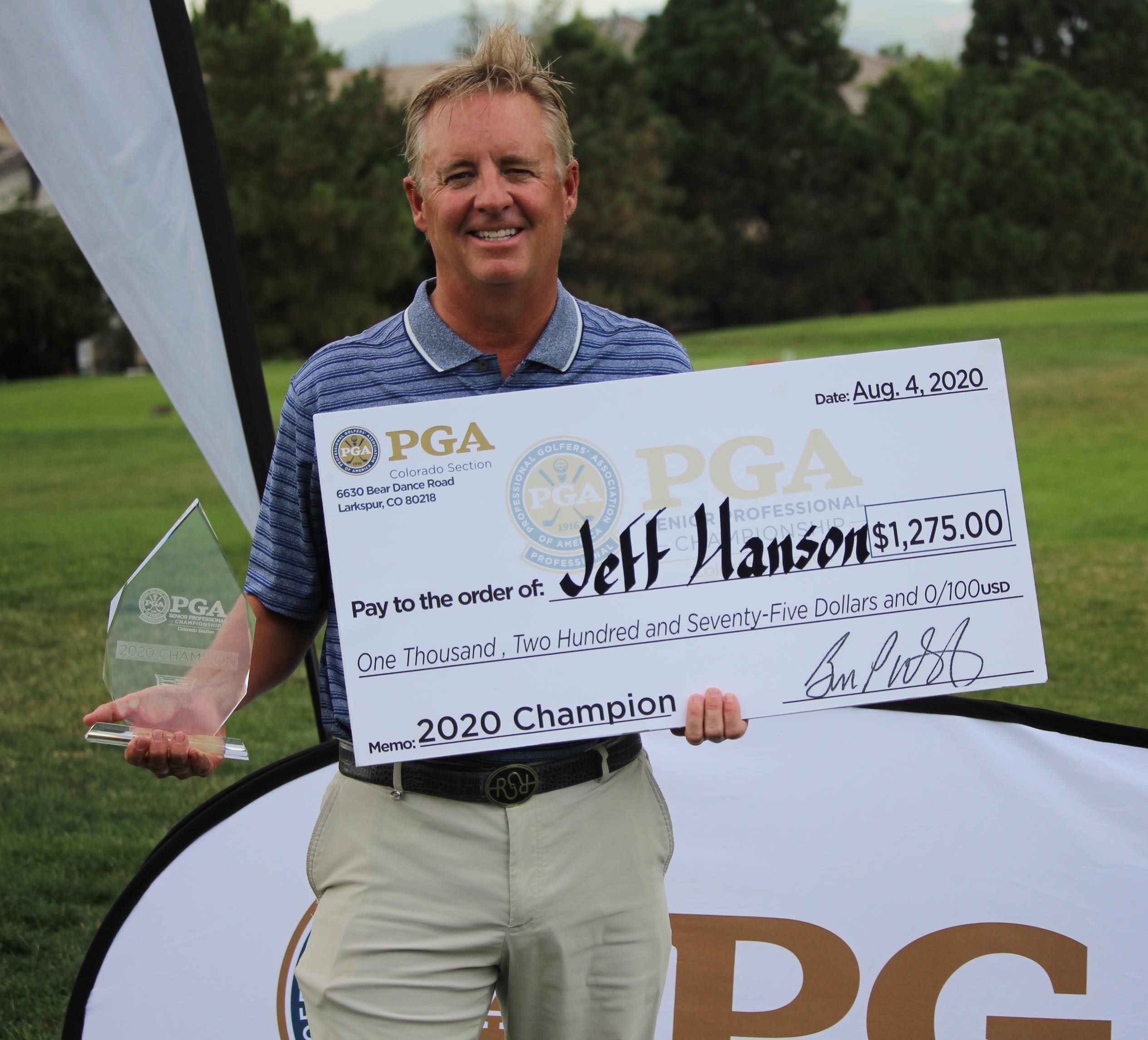 Hanson birdied the third playoff hole — No. 12 at the University of Denver Golf Club at Highlands Ranch — from 20 feet on Tuesday to defeat two-time champion Doug Rohrbaugh of The Snowmass Club and capture the title.

Both players had finished the 36 holes of regulation in 5-under-par 139, Rohrbaugh after shooting a 3-under 69 on Tuesday and Hanson after a closing 72. The contestants parred the par-4 10th and the par-5 11th before Hanson ended things with his birdie on the 39th hole of the tournament.

This was Hanson’s seventh time competing in this tournament and he’d previously finished in the top 10 on four occasions (third in 2014, eighth in 2015, third in 2016 and fifth in 2018 before taking first this time around).

Mike Zaremba of Desert Hawk, the 2005 and ’18 champion, and Micah Rudosky of Conquistador tied for third place at 142, while there was a six-way tie for fifth place at 144. Punching their tickets to the national tournament from that group — following a playoff — were John Ogden of Cherry Hills Country Club, Dale Smigelsky of Fort Collins and Bill Hancock of Littleton Golf & Tennis.

For all the scores from Highlands Ranch, CLICK HERE.