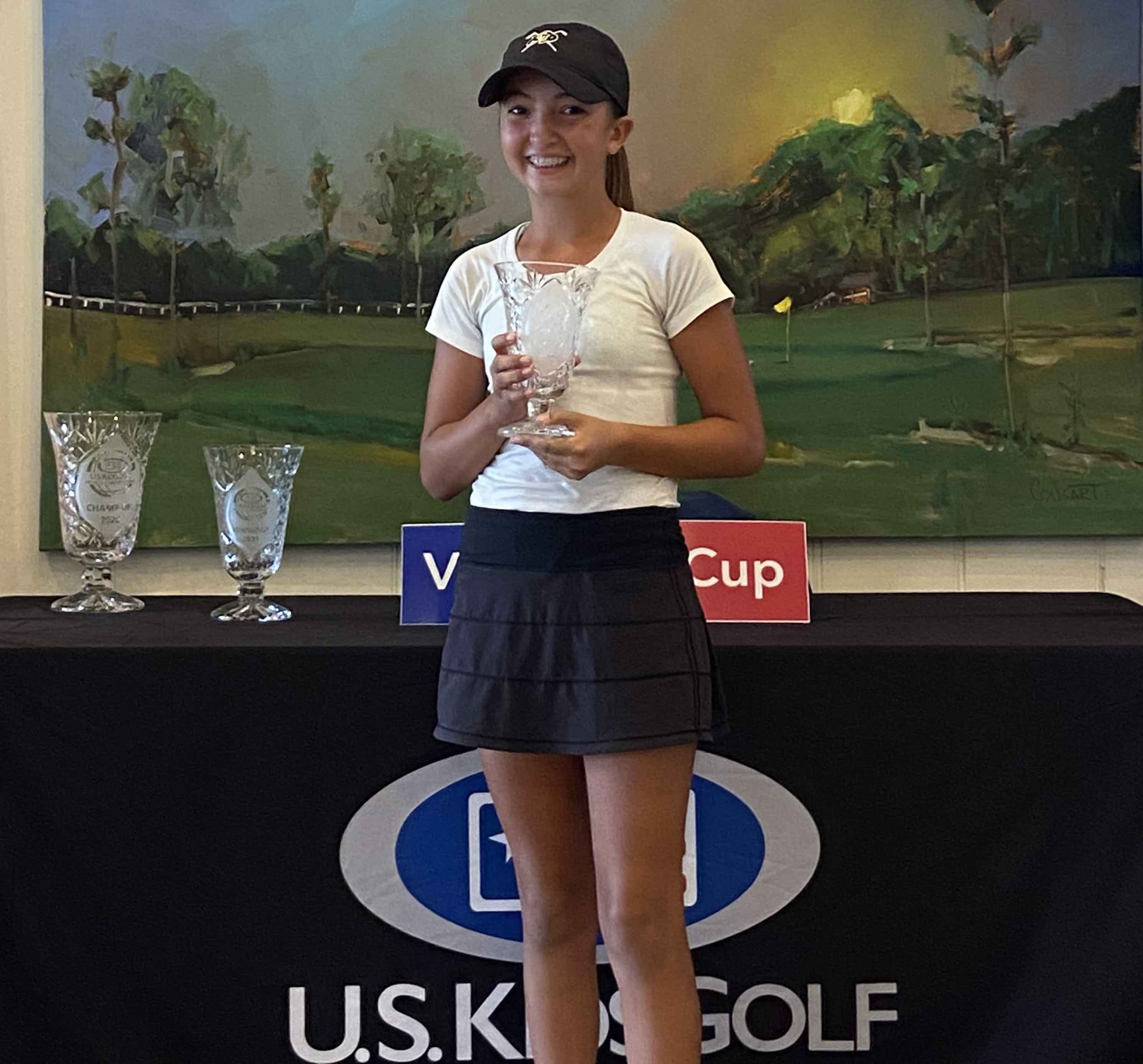 Coloradan Hadley Ashton has an impressive record at the U.S. Kids World Championship, with five top-12 finishes over the years.

Hadley Ashton of Erie finished third out of 84 contestants in her age division over the weekend at the prestigious U.S. Kids Golf World Championship in Pinehurst, N.C.

Ashton shot rounds of 76-70-71 to post a 1-over-par 217 total for 54 holes. That left her two strokes behind the winner in the Girls 12 tournament, Julia Herzberg of Gilbert, Ariz.

In the final round, Ashton eagled the 470-yard, par-5 16th hole — from tap-in range — and added two birdies to go along with three bogeys. Overall for the final two rounds, she had one eagle, five birdies and four bogeys. Ashton recorded one of just two sub-par rounds on Friday and one of just three on Saturday.

As one of the top dozen Girls 12 finishers in the 54-hole tournament, Ashton also competed in the World Van Horn Cup at Pinehurst No. 2 on Sunday, and was on the winning team in the best-ball event.

Ashton owns an impressive record competing into the U.S. Kids Golf World Championship — an event limited to golfers 12 and younger — over the years. Since 2015, she’s played in the tournament five times in different age groups, and each time she’s finished in the top 12. Her best showing before this year was a fourth place in 2016.

Other top 25 age-group finishes by Coloradans at last week’s U.S. Kids World Championship were posted Addison Hines of Arvada (17th place in the Girls 11 tournament) and Jacob Eagan of Castle Rock (22nd place in the Boys 6 & under event).