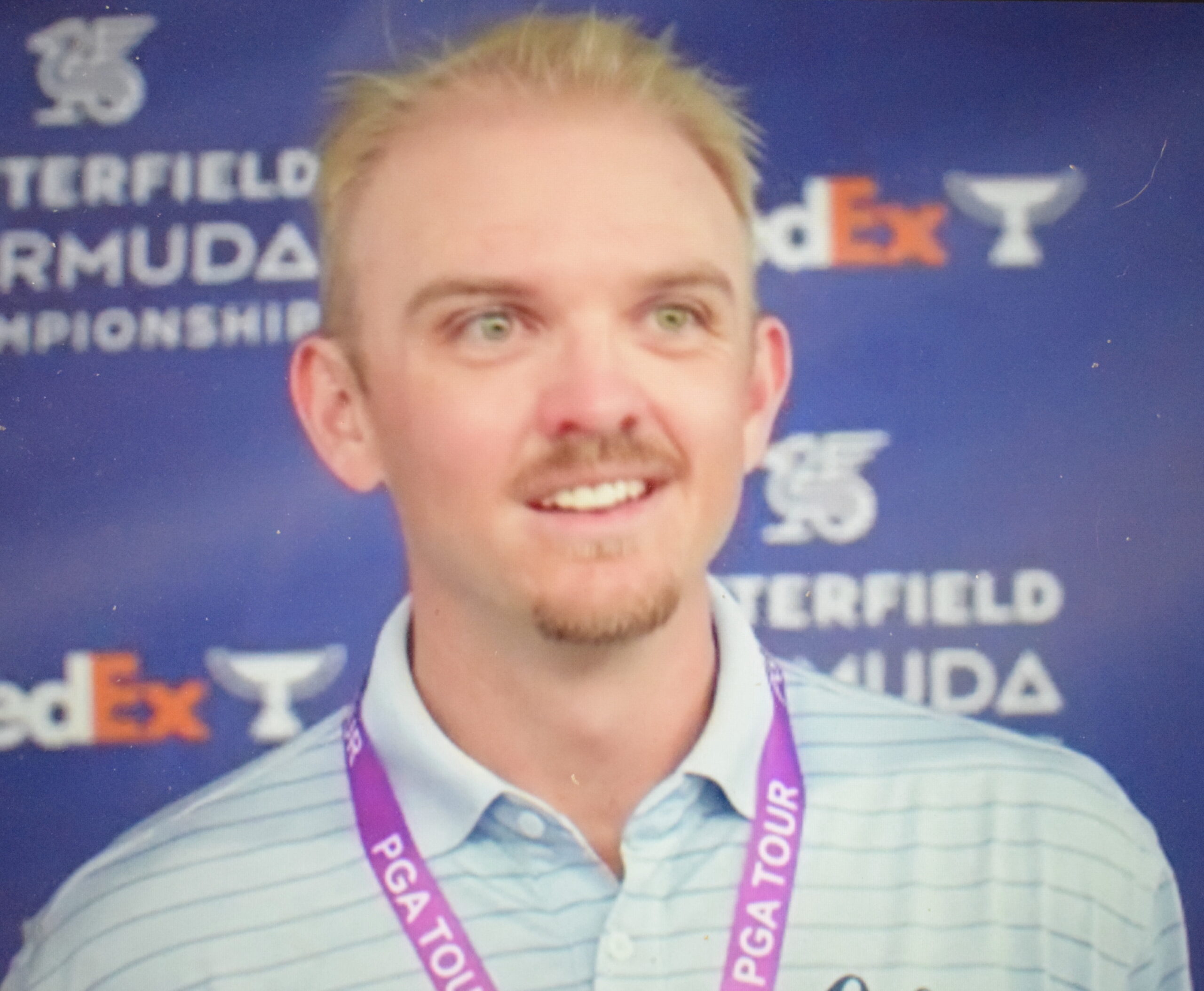 Jim Knous of Littleton will be sticking around on the PGA Tour.

In his final medical extension start, Coloradan Jim Knous rallies on his back nine at Bermuda Championship to earn conditional status on the PGA Tour moving forward

Jim Knous has lived on the razor’s edge for so long now that it was only fitting that it happened again on Sunday when it was do-or-die as far as his PGA Tour status was concerned.

In the end, the Littleton resident lived on on golf’s top circuit. While he won’t have fully-exempt PGA Tour status moving forward, on Sunday he did assure himself of conditional PGA Tour status. Specifically, he’ll be in the same position of players who finished 126-150 in FedExCup points last season. In other words, like Denver native Mark Hubbard, he’ll likely be making a decent number of PGA Tour starts this season, with the fallback position of remaining fully exempt on the Korn Ferry Tour.

Knous, a former Colorado School of Mines standout golfer, did that by tying for 57th place on Sunday in the PGA Tour’s Butterfield Bermuda Championship — his final start on his medical extension from the right wrist injury he sustained in 2019.

Knous needed a solo 67th-place finish or better in Bermuda to have his conditional PGA Tour status moving forward. A tie for sixth would have given him fully-exempt status.

But earning a conditional card wasn’t easy. Going 4 over par in his first eight holes on Sunday left him on the wrong side of 67th place. But a strong showing over his final nine holes — the front side — allowed him to move inside the top 67 as he closed with a 3-under-par 33 and a 1-over 72 total. Had he shot four strokes higher, he would have lost his PGA Tour card.

Two days earlier, Knous was on the verge of missing the cut in Bermuda — which would have cost him his PGA Tour card — after bogeying his 33rd and 34th holes. But he drained an 18-foot eagle putt on his 35th hole and parred the 36th to advance to the final two rounds on the number by posting scores of 76-66.

Knous was asked which was harder — rallying to make the cut on Friday or his back-nine comeback on Sunday?

“Maybe tied,” he said. “They were both brutally hard. Your mind kind of goes all the wrong places, but I just told myself, ‘We’re going to do this.’ I just kept fighting and just proud to have done it, you know.”

Even though some media outlets insinuated that making the cut was all Knous needed to land conditional PGA Tour status, he still had to finish ahead of at least eight players on the weekend to keep his card.

“The pressure is immense,” Knous said Friday in an emotional interview in Bermuda. “I’ve just dealt with it for two years now. It’s just been weighing on me. It’s tough for my family. The injury, it was hard. I’m just proud to be fighting on and have my family’s support. It means a lot to me.”

Knous needed to earn 3.516 FedExCup points to keep conditional PGA Tour status; he ended up with 5.2 in Bermuda.