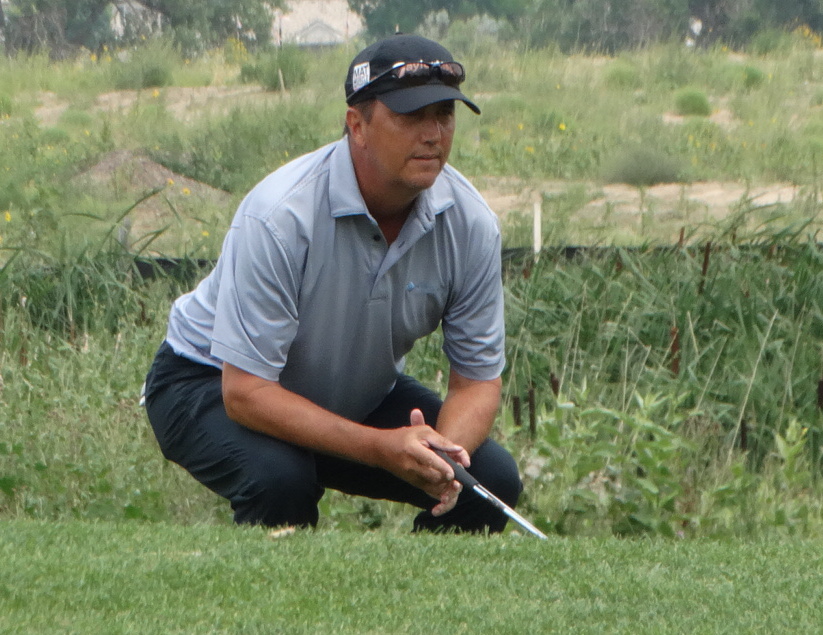 And now, the Parker resident has his sights set on another PGA Tour-affiliated circuit. This week, the 1998 Colorado Open champion earned a spot in the final stage of PGA Tour Champions Q-school with a third-place finish — out of a 64-man field — in a first-stage tournament in Nipton, Calif.

Bertsch, who will turn 50 and become PGA Tour Champions-eligible on March 30, had a remarkably consistent week in Nipton, going 69-68-70-69 for an 8-under-par 276 total. On Friday, that left him five strokes behind medalist Thongchai Jaidee.

By placing in the top 20 in Nipton, Bertsch (pictured above) advances to the final stage of Champions Q-school, set for Dec. 3-6 in Scottsdale, Ariz. In Scottsdale, the top five finishers will earn PGA Tour Champions cards for the 2020 season.

Another player with local ties who advanced on Friday was former Durango resident Tom Kalinowski, placed 13th with a 282 total following a final-round 69. In previous rounds, he shot 70-73-70.

Bertsch, meanwhile, finished the tournament with 18 birdies and 10 bogeys.

Nipton was one of three first-stage PGA Tour Champions Q-school sites where play concluded on Friday. At the site in Montgomery, Texas the medalist was Marcus Meloan, who won the 2006 Denver Open by defeating former Colorado State standout Martin Laird in a playoff. Joining Bertsch and Kalinowski in advancing in California was two-time CoBank Colorado Senior Open champion Greg Bruckner (286, 18th place).

Here are the scores for all the first-stage competitors with strong Colorado connections: