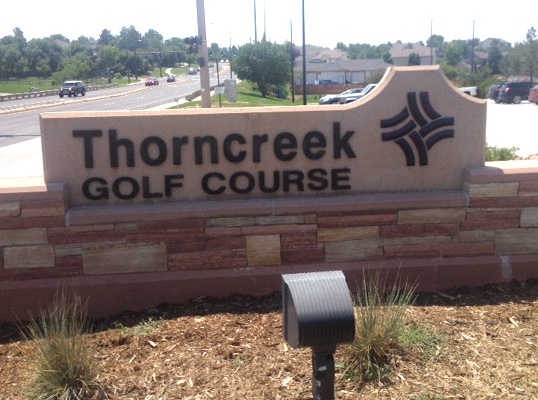 The cold weather on Monday didn’t seem to faze Robert Cloud of CommonGround Golf Course and Jim Reynolds of Bear Creek Golf Club much as the two teamed up to grab a two-stroke lead after the first round of the CGA Senior Four-Ball Championship at Thorncreek Golf Course in Thornton.

Despite temperatures in the 30s, the pair shot a 4-under-par 68 best ball, making five birdies in the process.

Ten other teams broke par on Monday, including the two duos that played off for the Senior Four-Ball title a year ago.

Robert Polk of Colorado Golf Club and Bill Fowler of The Club at Rolling Hills, who have won two of the last three Senior Four-Balls, share second place at 70 with 2018 runners-up Guy Mertz and Tony Workman of The Fox Hill Club and four other teams. Polk is seeking a record-tying fifth Senior Four-Ball title this week.

Also at that 70 figure are Brian Woody of The Ridge at Castle Pines North and Gary Driber of Meridian Golf Club, Keith Atkins of Omni Interlocken Resort and Jeff Slupe of Pelican Lakes, Scott Woodrum of Twin Peaks and Tyrell Elcock of Sunset, and Pat Bucci of West Woods and Victor Minovich of Foothills.

Cloud and Reynolds hold a three-stroke lead in the super-senior division, limited to players 63 and older. In second place among super-seniors are Colorado Golf Hall of Famer Kent Moore of Cherry Hills and Steve Bell of CommonGround (71).

(Updated on Tuesday) After the cancellation of Tuesday’s round due to weather, the event will be reduced to 36 holes and is scheduled to conclude on Wednesday.

The CGA Senior Four-Ball is restricted to players 53 and older.

For all the scores of the first CGA championship of 2019, CLICK HERE.