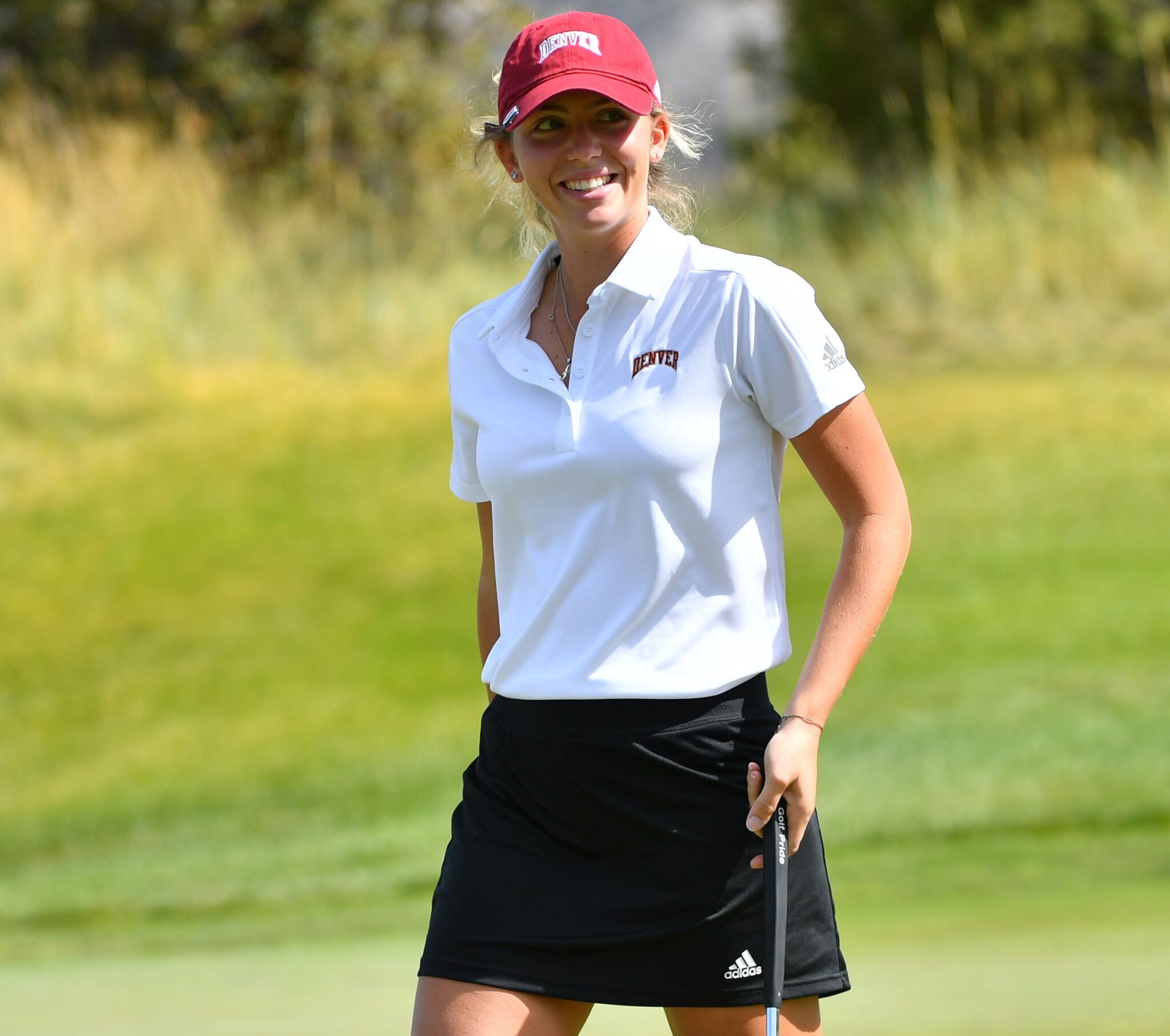 As the weather has warmed up this year, so has University of Denver golfer Anna Zanusso.

In the first three tournaments of the college season, the sophomore from Italy finished no better than the middle of the pack. But starting in April, the trend has been dramatically upward.

Zanusso is doing her best to conclude her second college season on a high note as she stands 16th out of a starting field of 132 with one round of stroke play remaining at the women’s NCAA national championships at Grayhawk Golf Club in Scottsdale, Ariz. This comes after she placed 18th out of 66 players at the Dick McGuire Invitational in the first half of April, third out of 40 players at the Summit League Championship in late April, and sixth out of 95 players at the NCAA Stanford Regional.

Zanusso, the first Pioneer to compete in women’s NCAA nationals since Tonje Daffinrud tied for 10th seven years ago, is looking to give DU another strong showing in the event. She shot a 2-under-par 70 on Sunday, leaving her at 2-over 218 for the tournament and 12 strokes behind NCAA individual leader Rachel Heck of Stanford.

On Sunday, after being 2 over par for the round through four holes, Zanusso went 4 under the rest of the way and played her final six holes in 3 under. Her five-birdie, three-bogey day marked her fifth score of par or better in her last six rounds of college golf.

In her last two rounds in Scottsdale, Zanusso has jumped 58 spots on the scoreboard. A cut was made after Sunday’s play — to the top 15 teams and the top nine individuals not on those teams, including Zanusso.

Zanusso won two individual college titles as a freshman and competed in the Augusta National Women’s Amateur this year.