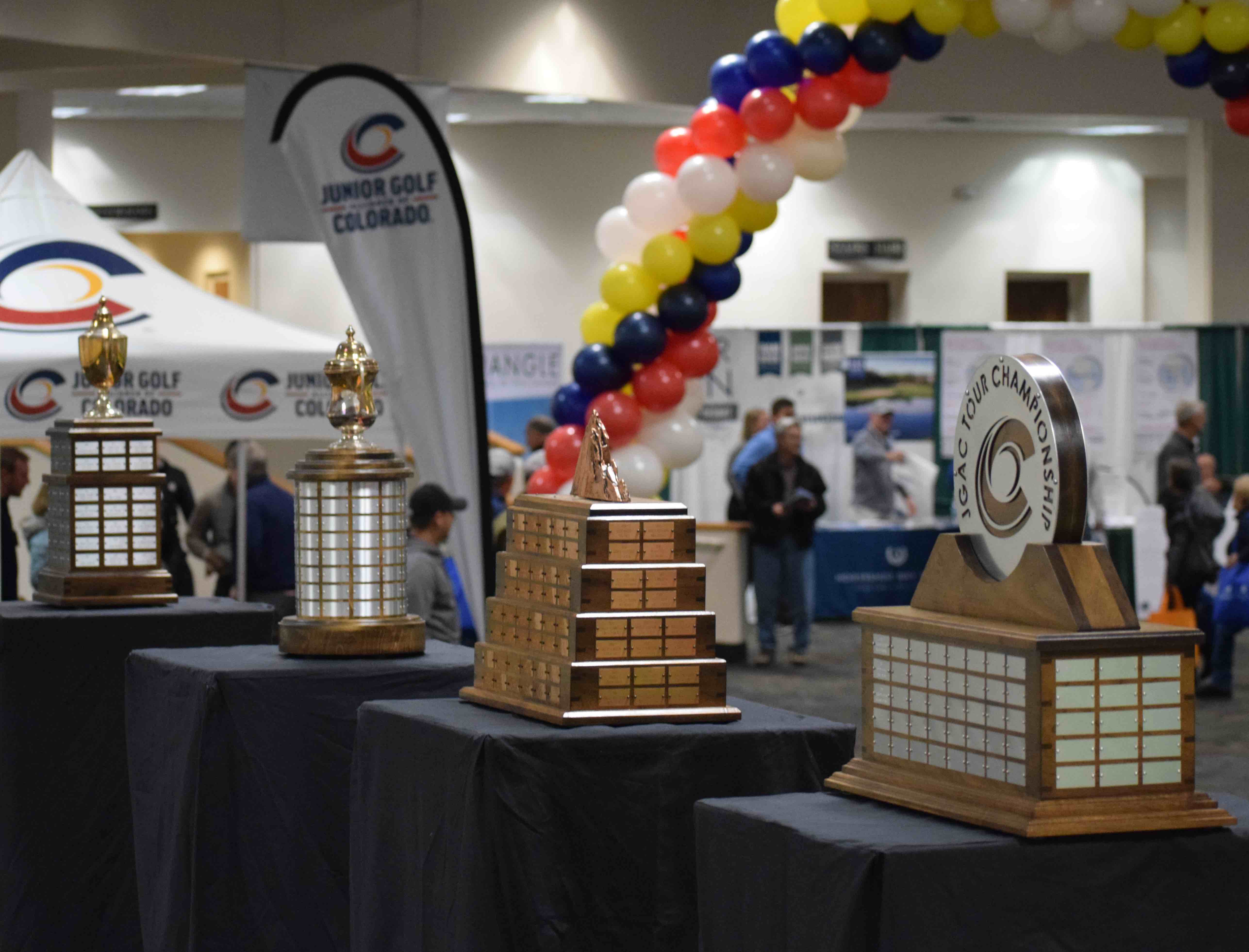 The trophies for the four Junior Golf Alliance of Colorado major championships.

Walker Franklin is headed for one of the top 15-ranked men’s college golf programs in the country in the fall, but he’d like to leave with a major win or two in his home state.

The Westminster resident, bound for the University of Louisville, took a step toward accomplishing just that on Tuesday as he built a five-stroke lead going into the final round of the Colorado Junior PGA Championship at the Country Club of Colorado in Colorado Springs.

The Colorado Junior PGA is one of the four major championships hosted by the Junior Golf Alliance of Colorado.

While there’s some separation at the top of the boys tournament leaderboard, the girls event is considerably closer. First-round leader Aubri Braecklein of Northglenn and Ashley Kozlowski of Littleton share the top spot after Tuesday’s second round, with Emma Bryant of Aurora trailing by two.

Franklin, who finished fifth last year in the prestigious IMG Academy Junior World Championships, shot the low round of the tournament so far — a 2-under-par 69 — on Tuesday to check in at 1-under 141 after two days.

Franklin eagled the par-5 second hole and added two birdies and two bogeys in round 2.

First-round boys leader Charlie Flaxbeard of Greenwood Village sits in second place at 146 after a second-round 75 that included one birdie and five bogeys. Another stroke back is Matthew Wilkinson of Centennial, who posted a 73 on Tuesday.

In the girls tournament, Kozlowski and Bryant matched the best scores of the event with even-par 71s on Tuesday. Kozlowski, who will join the Purdue golf program in the fall, owns a 4-over-par 146 total for two days, along with Braecklein, who posed a 75 on Tuesday.

Kozlowski made three birdies and three bogeys in the second round, while Braecklein carded a birdie and five bogeys.

Bryant, a former 5A state high school and Colorado Junior Match Play champion, matched Kozlowski’s three-birdie, three-bogey day after being 3 under par through her first 11 holes of round 2.

The boys and girls tournaments will conclude on Wednesday.