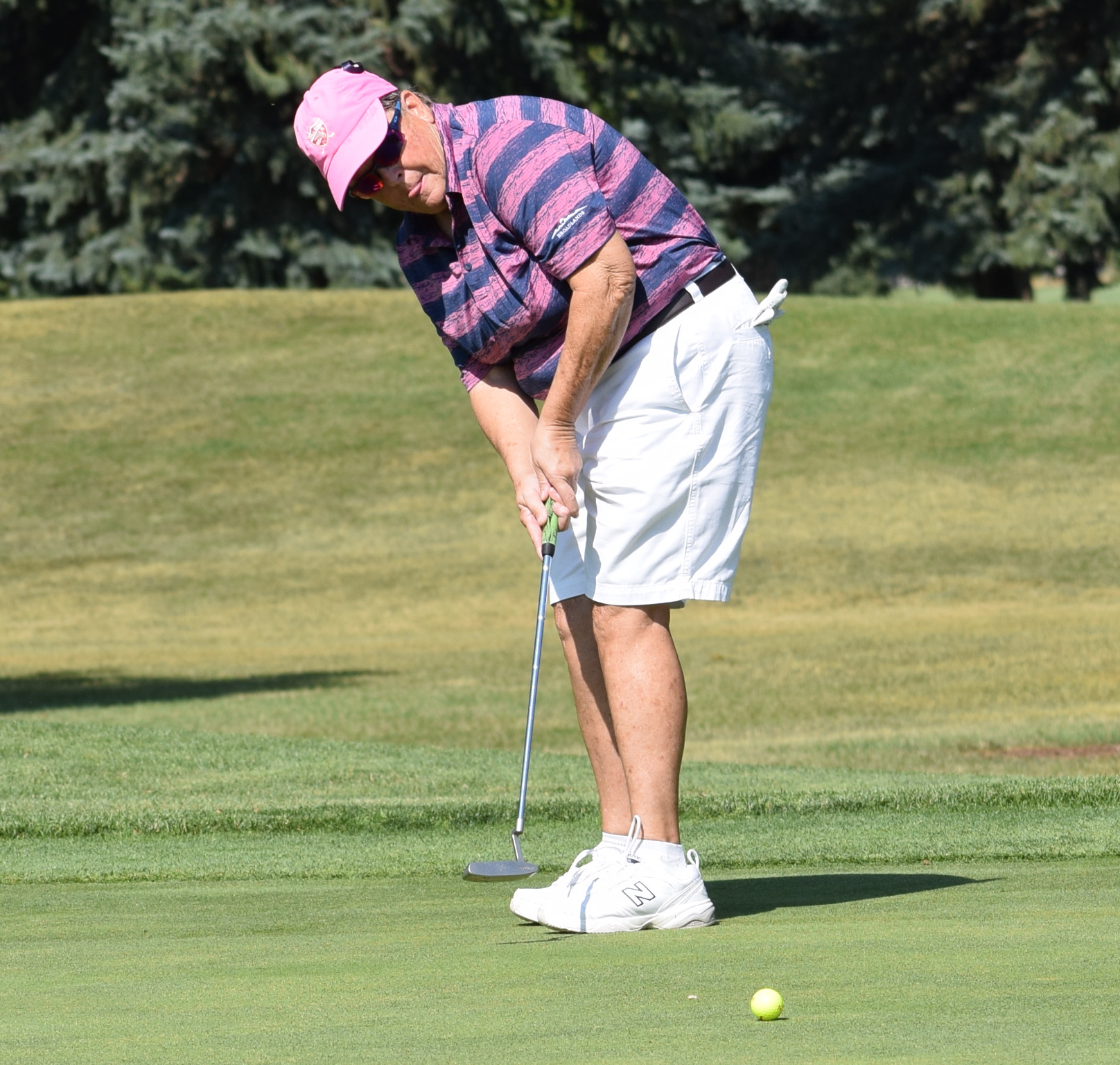 Kim Eaton is 12-for-12 in making match play at the U.S. Senior Women's Amateur.

Eaton, who has made the quarterfinals four times at the event, tied for 24th place out of 132 players in the two-day stroke-play portion of the Senior Women’s Am in Point Clear, Ala., near Mobile.

Eaton shot her second consecutive 78, giving her a 12-over-par 156 total and leaving her 13 strokes behind co-medalists Lara Tennant of Portland, Ore. (the two-time defending champ), and Gigi Higgins of Cape Coral, Fla. On Saturday, Eaton carded a birdie, five bogeys and one double bogey.

Also advancing to match play on Saturday was part-time Gunnison-area resident Marilyn Hardy, who tied for 32nd place at 157. Hardy, another regular in match play at the event, once made the quarterfinals in this championship. On Saturday, she backed up her first-round 76 with an 81. In round 2, she made three birdies, seven birdies, a double bogey and a triple bogey.

The first round of match play will be held on Sunday.

How all the players with strong Colorado ties are faring in the U.S. Senior Women’s Amateur:

For all the scores from the championship, CLICK HERE.