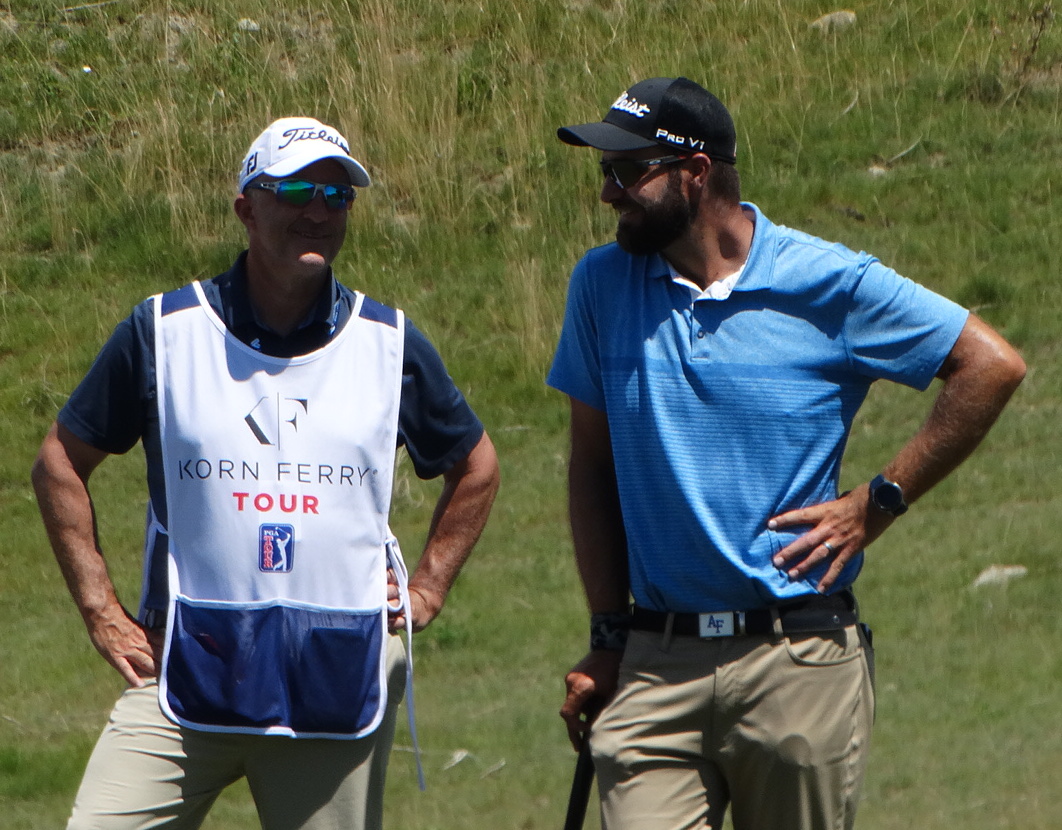 Tom Whitney is no stranger to competing on the Korn Ferry Tour. In fact, he’s played in 30 KF tournaments over the years, mostly in 2017 and ’18.

But when the Air Force Academy alum competed in his last one, the Korn Ferry circuit wasn’t his focus at the time. It was at July’s inaugural TPC Colorado Championship at Heron Lakes — not far from where Whitney lived for seven years in Fort Collins until moving to Texas at the end of 2017. The tournament took place when PGA Tour Latinoamerica was in its usual mid-year hiatus.

Whitney happened to be leading the Latinoamerica money list at the time, and his main focus was on trying to finish No. 1 on that Order of Merit, which would have gotten him fully-exempt status on the Korn Ferry Tour for 2020.

“Honestly I’m just taking the summer easy,” Whitney told ColoradoGolf.org at the time. “My priority is on Latin America. For now I’m just enjoying playing some good golf and I want to be rested and ready by the time mid-September comes along for Latin.”

As it turned out, Whitney fell one spot short of his Latinoamerica goal as Augusto Nunez had a stellar second half of the season and earned Latinoamerica Player of the Year honors and the No. 1 spot on the final 2019 money list. At No. 2, Whitney earned conditional Korn Ferry status for 2020.

So he came to Winter Garden, Fla., this week to see if he could improve on that status. And, after a relatively slow start, Whitney went on a tear to do just that.

After making birdie on the final two holes on Sunday, Whitney shared the lead. But a couple of his fellow competitors also finished strong in Florida, and Whitney ended up tied for third place.

That will guarantee the former Coloradan starts in at least the first dozen Korn Ferry Tour tournaments of 2020.

In the final three rounds in Florida, Whitney went 63-66-64 and he posted a 20-under-par 266 total for the four-round tournament. He went from being tied for 130th place after round 1 to finishing third.

In Sunday’s final round, Whitney (pictured above at right) made an eagle (on No. 14), seven birdies and one bogey for his 8-under 64. Over the final three days, he carded an eagle, 23 birdies and three bogeys.

Finishing ahead of Whitney by one stroke were fellow Americans Braden Thornberry, the 2017 NCAA individual champion, and Curtis Thompson, older brother of LPGA standout Lexi Thompson. Thornberry birdied No. 17 en route to a final-round 65, while Thompson matched Whitney’s birdie-birdie finish for a 66 on Sunday.

As co-medalists, Thornberry and Thompson will be fully-exempt throughout the Korn Ferry Tour regular season in 2020.