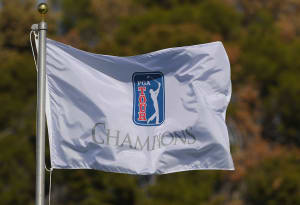 Two-time PGA Tour winner Jonathan Kaye, a part-time resident of Boulder, closed with a 67 and former Castle Pines resident Esteban Toledo finished in the top 20 at the final stage of PGA Tour Champions Q-school, but no players with strong Colorado connections earned a 2022 Champions card on Friday.

Toledo, a four-time Champions winner, started the week with a 66, but couldn’t keep up the momentum, shooting an even-par 71 on Friday for a 4-under 280 total.

Kaye, a former University of Colorado golfer, overcame a double bogey and a bogey by recording seven birdies in his final-round 67. But going 74-75-75 in the previous rounds put him behind the 8 ball and he ended up at 7-over 291.

Meanwhile, Kalowski posted a final round 74 — despite six birdies — to check in at 298.