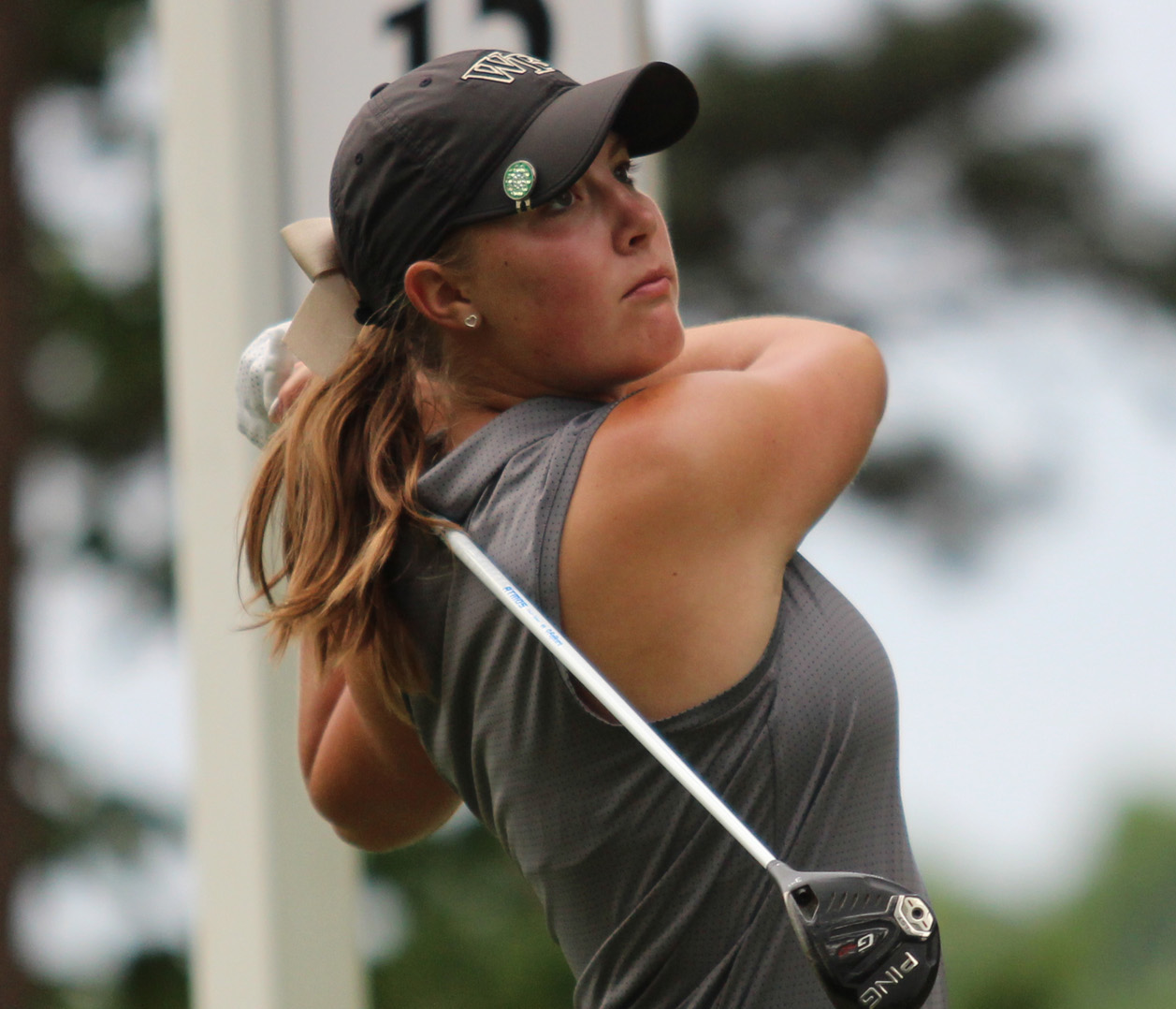 There was no second individual title at the women’s NCAA Division I national championships for Westminster resident Jennifer Kupcho, but a national team victory is still a possibility.

In Monday’s final round of stroke play at the NCAA finals in Fayetteville, Ark., the top spot individually was out of reach for the defending champion, but she led the way for her Wake Forest team landing a spot in the eight-school match play portion of the event.

Wake Forest almost certainly will finish fifth in stroke play, and the Demon Deacons’ reward will likely be a quarterfinal matchup on Tuesday with fourth-seeded Arkansas, which is playing on its home course, Blessings Golf Club.

Arkansas senior Maria Fassi cruised to the individual title by four strokes on Monday. Last month, she and Kupcho went head to head for the championship at the inaugural Augusta National Women’s Amateur, with Kupcho prevailing.

(Fassi, by the way, is no stranger to competing in Colorado, having played in the state at least five times in USGA qualifying tournaments, often against Kupcho.)

The winner of the Wake Forest-Arkansas quarterfinal will face  the winner of No. 1 Texas and probably Auburn in Tuesday afternoon’s semifinals, though the Longhorns and Tigers have yet to complete stroke play. The teams that prevail in the semifinal matches will square off for the national title on Wednesday. Much of the match-play action will be televised by the Golf Channel, with Tuesday’s telecast beginning at 9 a.m. (MT).

In her final amateur tournament, Kupcho (pictured in a Wake Forest photo) will likely finish between 20th and 25th individually, though several competitors didn’t complete stroke play on Monday night. The Coloradan had previously placed sixth, second and first individually at nationals. Overall, she won nine tournaments individually as a college player.

On Monday, Kupcho posted by far her best round of the weather-shortened stroke-play portion of the tournament, firing a 1-under-par 72. That gave her a 7-over 226 total, which left her 15 shots behind Fassi.

“I hadn’t played well the last two days and I wanted to play well today,” Kupcho told Golf Channel on Monday evening, indicating she didn’t want her college career to be over quite yet.

Carlson, the NCAA West/South Central Regional DII champion, is competing only as an individual at nationals. On Monday, he carded five birdies, two bogeys and a triple bogey and trails leader Shawn Tsai of Arkansas Tech by five.