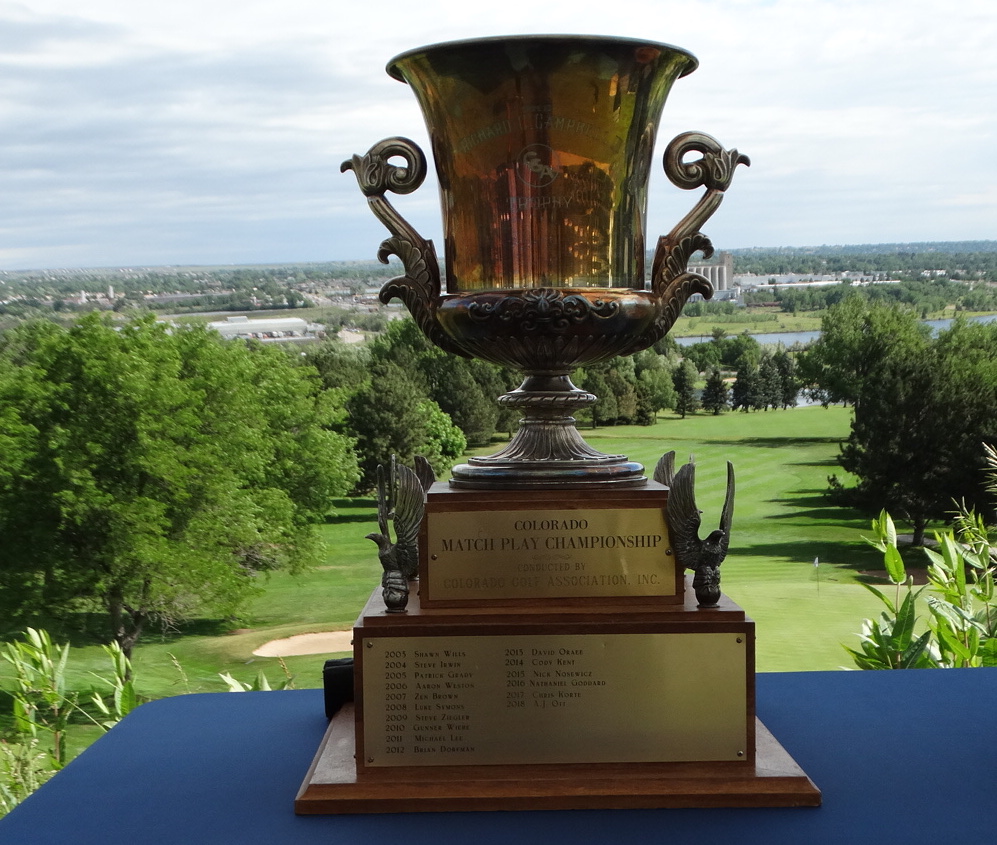 Storied Match Play, the CGA’s oldest championship, set to be contested for 120th consecutive year, this time at Blackstone CC

The CGA Match Play Championship features an illustrious history. But that in some ways comes with the territory when a prestigious statewide tournament is being held for the 120th time.

All it takes to prove the Match Play is a big-time event is to look at its former champions. There’s a couple of World Golf Hall of Famers (Hale Irwin and Lawson Little), other winners of PGA Tour events (1996 U.S. Open champion Steve Jones and Kevin Stadler), a onetime USGA president (Frank Woodward, who won the first title, in 1901) and a two-time winner on PGA Tour Champions (Brandt Jobe).

This year will mark the 120th in a row in which the tournament has been held. Even two World Wars didn’t stop it from being conducted.

To put that into perspective, the Colorado Open has been held 55 times, the Colorado PGA Professional Championship 62, the Rocky Mountain Open 81 and the CGA Amateur at least 84.

This time, the Match Play will be contested at a site where it’s never ventured before — at Blackstone Country Club in southeast Aurora. It will run Monday through Friday of next week (June 15-19), with the title being settled by a scheduled 36-hole match, as has been the tradition.

A stroke-play qualifying round is planned for Monday, setting the seeding for the second through 64th players in the bracket, with defending champion Josh McLaughlin of the Olde Course at Loveland being the top seed.

The first round of match play will take place on Tuesday, and two rounds of matches each on Wednesday and Thursday will get the field down to the final two. The Match Play is a walking-only event, so endurance can be an issue for golfers who advance far into the match-play bracket.

McLaughlin, Nosewicz and Steve Irwin are the only CGA Match Play champions in the 21st century who won the title in their mid-20s or later.

Spectators at the Match Play will be permitted Wednesday through Friday only.

Next year, some changes will be made to the CGA Match Play format and scheduling. Starting in 2021, instead of it being single-elimination from the beginning, pod play will be used to get the field down to the final 16. In each four-person pod, a round robin will be held, with the pod winner advancing to the round of 16, where single-elimination will begin.