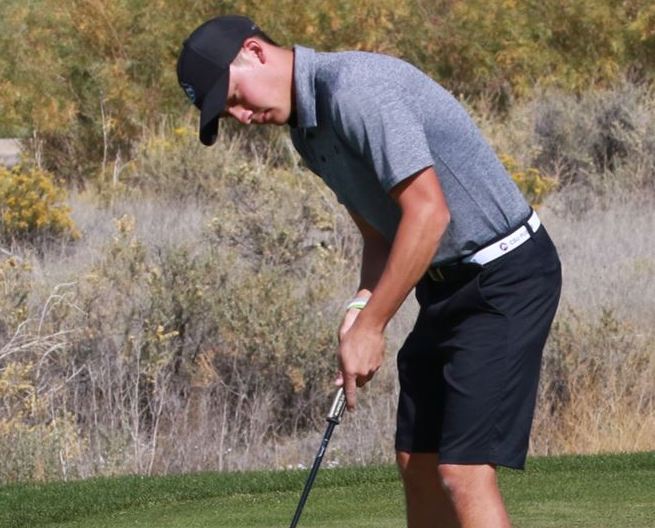 It was a fabulous Friday for the Colorado State University-Pueblo men’s golf team in DuPont, Wash.

Thunderwolves junior Andrew Ni grabbed the individual lead after the second round of the NCAA Division II West/South Central Regional. And CSU-Pueblo jumped into the top four in the team standings. If it remains there after Saturday’s final round, it will earn a team berth in the NCAA DII national tournament, set for May 17-21 in Palm Beach Gardens, Florida.

The Thunderwolves, the Rocky Mountain Athletic Conference team champion, shot a 4-over-par 292 and shares second place in the 16-school field with a 9-over total for two days. They trail leader Oklahoma Christian by two shots.

Ni, the RMAC individual champion from Scotland, fired his second straight 2-under-par 70 and will take a two-stroke lead into the final round. Ni, who made four birdies and two bogeys on Friday at The Home Course, is one of just seven players who are under par after 36 holes.

Colorado Mesa is also in the running for a team berth into nationals is it stands in ninth place, nine strokes out of fourth place. Pablo Diaz, a freshman from Mexico, continues to lead the way individual for the Mavericks, but a second-round 77 dropped him back to 15th place at 146.

In addition to the top four top finishers, also advancing to nationals after Saturday’s third round will be the top individual not on those teams.